Decades ago, she served as an honorary assistant teacher in Sri Aurobindo Integral School in Rairangpur 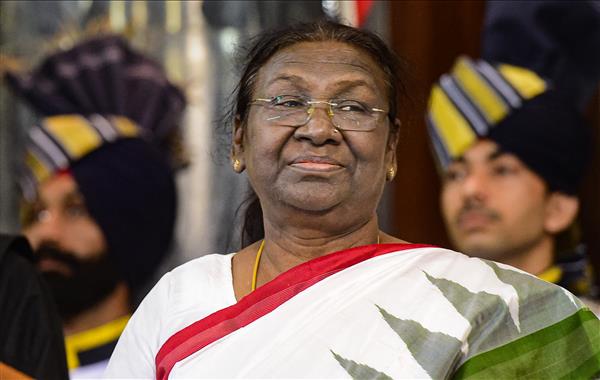 President Droupadi Murmu during her oath ceremony in the Central Hall of Parliament, in New Delhi, on Monday, July 25, 2022. PTI

President Droupadi Murmu, who had worked as a teacher decades ago, on Monday said thoughts of Sri Aurobindo on education continue to inspire her.

In her acceptance address at the Central Hall of Parliament soon after being sworn in as the 15th President of India, she recalled that decades ago, she had the opportunity to work as a teacher at Sri Aurobindo Integral School in Odisha’s Rairangpur.

“After a few days, we will observe the 150th birth anniversary of Sri Aurobindo. Sri Aurobindo’s thoughts on education continue to inspire me,” she said.

Aurobindo had proposed that education is nothing but bringing out and nurturing the latent potentialities.

The President said she has had an active association with educational institutions, serving in various positions as a public representative and then as Jharkhand governor.

Belonging to Mayurbhanj, one of the most remote and underdeveloped districts of the country, Murmu earned her Bachelor’s degree in Arts from Bhubaneswar’s Ramadevi Women’s College and served as a junior assistant in the irrigation and power department in the Odisha government.

She also served as an honorary assistant teacher in Sri Aurobindo Integral School in Rairangpur.