Rajasthan CM likely to resign before filing his nomination for Congress chief’s poll, Sonia wants to oversee leadership transition in the state while she is still party chief 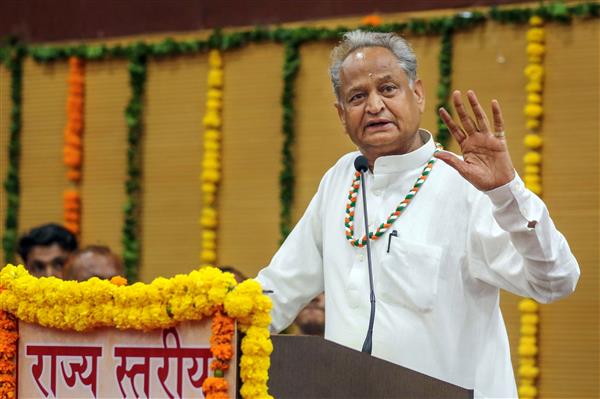 With the contest between Rajasthan chief minister Ashok Gehlot and Shashi Tharoor for the post of Congress president becoming evident on Saturday, an emergency meeting of the Rajasthan Congress Legislature Party has been summoned on Sunday evening to talk to the MLAs and look for Gehlot’s replacement.

Indications are that Gehlot would be asked to resign as CM before he files his nomination for the election of Congress president.

The observers are likely to gauge the mind of MLAs with all likelihood that the MLAs will authorise Sonia to take the final call as is the party convention.

The move follows Rahul Gandhi’s clear signal that one person one post rule would need to be honoured.

The agreement in the Gandhi family is to replace Gehlot before he files for the party chief’s post because in the event of Gehlot’s election to the top post, which is highly likely, his decision would become binding on the party and a change of guard in Rajasthan won’t be easy.

Sonia Gandhi wants to oversee the Rajasthan CM-ship transition herself with Pilot waiting in the wings to replace Gehlot ever since he called off his rebellion and returned to the party in late 2020.

Rajasthan is due for polls in late 2023.