Power plants directed to issue enough tenders to cover 5% requirement of biomass with special emphasis on plants in Punjab, Haryana 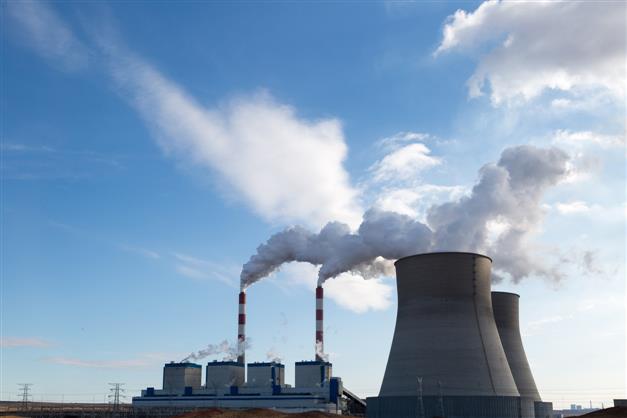 The Power Ministry would also “consider reduction in coal supply of those thermal power plants that do not comply with the policy on biomass co-firing.”

“Sufficient emphasis was given on the fact that the health and safety of the citizens was topmost priority and no one has the right to put innocent lives in danger,” officials said following an inter-ministerial meeting co-chaired by Yadav and Power Minister RK Singh to review the progress of biomass co-firing in TPPs in the backdrop of the onset of the harvesting season for Kharif crops in the country.

TPPs were directed to issue enough tenders to cover 5% requirement of biomass with special emphasis on plants located in Punjab and Haryana. CAQM was asked to start considering penal provisions on TPPS not taking enough steps to curb emissions and not co-firing sufficient quantity of biomass, they added.

The meeting was attended by senior officials from Haryana, Punjab and Uttar Pradesh, heads of all power utilities in the NCR region and government bodies, including CAQM, CEA and CPCB. The SAMARTH Mission presented the details of biomass co-fired in different NCR plants, purchase orders placed, action on short term and long term tenders.

Till FY 2020-21, only eight power plants had co-fired biomass pellets, the corresponding number of which increased to 39 as on date. In the NCR region, 10 TPPs have started co-firing, according to an official statement.

However, the amount of biomass co-fired was still lagging.

“As on date, 83066 MT of biomass has been co-fired in 39 thermal power plants across the country totaling a capacity of 55390 MW.  In the NCR region, the biomass co-fired is 22,696 MT out of which 95% has been done by NTPC. During the review, it was observed that the target of 5% co-firing of biomass along with coal in TPPs in the country was still far off,” it stated.

Most power plants have issued long term tenders and the situation is expected to improve when the supply will start in those tenders. Power utilities have been asked to make all out efforts to complete the procurement process for existing tenders as soon as possible, officials said.