'I was already with her; there is no need for me to join', says BJP leader 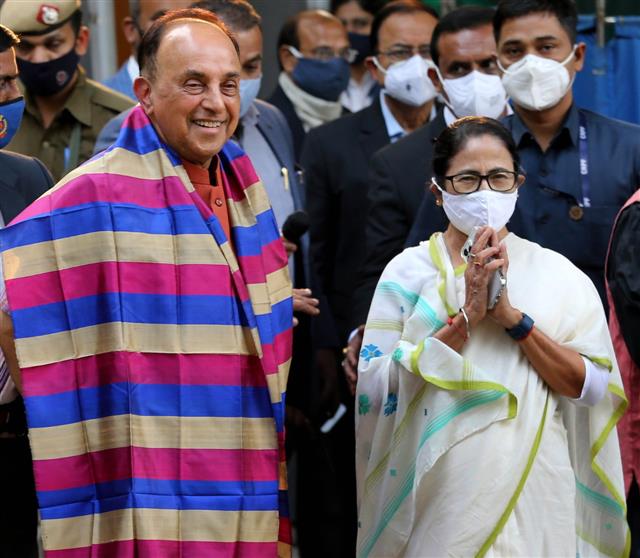 After meeting the Trinamool Congress chief, Swamy said they discussed the political scenario in West Bengal. The duo even posed for photographs after their meeting.

Swamy later tweeted, “Of the all the politicians I have met or worked with, Mamata Banerjee ranks with JP (Jayaprakash Narayan), Morarji Desai, Rajiv Gandhi, Chandrashekhar, and P V Narasimha Rao who meant what they said and said what they meant. In Indian politics that is a rare quality.”

Later, Banerjee met Prime Minister Narendra Modi and discussed with him issues concerning West Bengal as well as withdrawal of the order extending the BSF’s jurisdiction in the state. — PTI