International prices of phosphoric acid, ammonia, etc., used in DAP have gone up by 60 pc to 70 pc recently 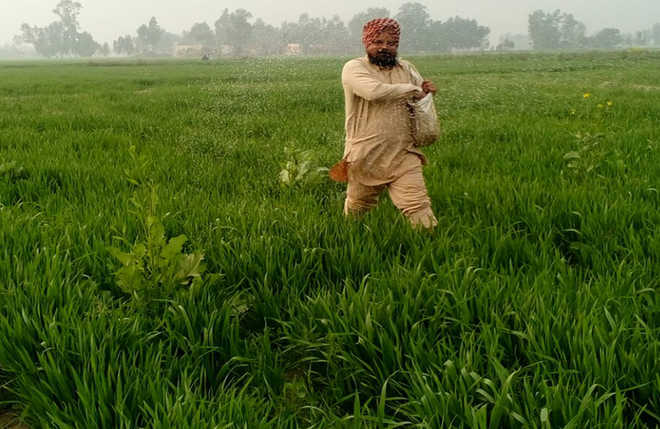 Amid growing criticism over its price, the Centre on Wednesday decided to increase the subsidy for DAP fertiliser from Rs 500 per bag to Rs 1,200 per bag, an increase of 140 per cent. The decision was taken at a high-level meeting chaired by Prime Minister Narendra Modi on the issue of fertiliser prices.

According to a statement by the PMO, a detailed presentation was given to him on the issue of fertiliser prices. “It was discussed that the price of fertilisers is undergoing an increase due to the rising prices of phosphoric acid, ammonia, etc., internationally. The PM stressed that farmers should get fertilisers at old rates despite the international rise in prices,” it said.

The statement said the decision was taken to increase the subsidy for DAP fertiliser from Rs 500 per bag to Rs 1,200 per bag, despite the rise in international market prices of DAP. It has been decided to continue selling it at the older price of Rs 1,200 and the central government has decided to bear all the burden of price hike. The amount of subsidy per bag has never been increased so much at once, it added.

Last year, the actual price of DAP was Rs 1,700 per bag. In which the Central government was giving a subsidy of Rs 500 per bag. So, the companies were selling fertiliser to farmers for Rs 1,200 per bag.

“Recently, the international prices of phosphoric acid, ammonia, etc., used in DAP have gone up by 60 per cent to 70 per cent. Therefore, the actual price of a DAP bag is now Rs 2,400, which could be sold by fertiliser companies at Rs 1,900 after considering a subsidy of Rs 500. With today’s decision, farmers will continue to get a DAP bag for Rs 1,200,” the statement added.

The PM said his government is committed to the welfare of farmers and will take all efforts to ensure that farmers do not have to face the brunt of price-rise. The Central Government spends about Rs 80,000 crore on subsidies for chemical fertilisers every year. With the increase in subsidy in DAP, the government will spend an additional Rs 14,775 crore as subsidy in Kharif season.

This is the second major decision in the farmers’ interest, after directly transferring Rs 20,667 crore in Farmers’ account under PM-KISAN on the day of Akshay Tritiya.