Sufficient foodgrain to deal with any situation: Centre 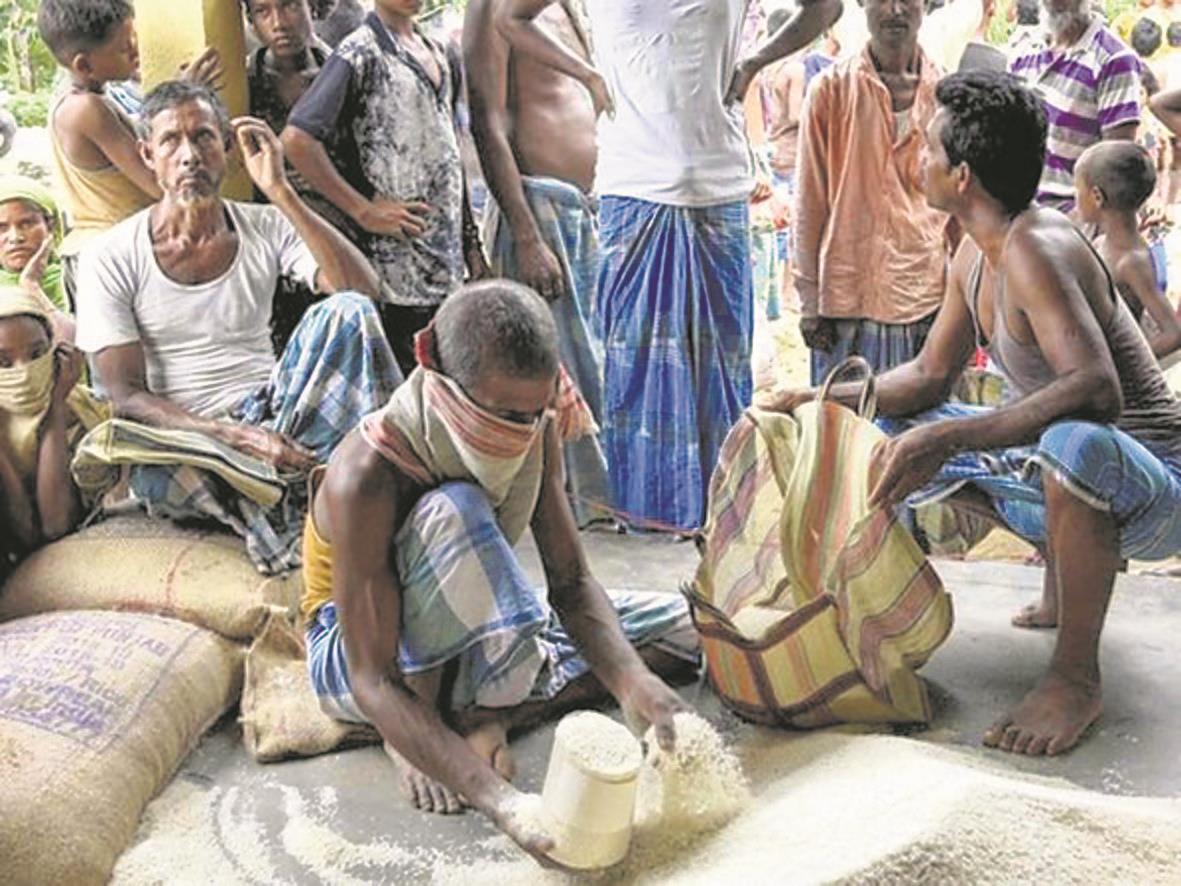 Study by Microsave Consulting across 18 states/UTs has also shown that an average of 94% households received free ration on monthly basis during the crisis.

The Centre today said sufficient foodgrain stock was available in the country to deal with any situation.

Speaking to the media about the additional free-of-cost foodgrain being provided to National Food Security Act (NFSA) beneficiaries for May and June, Food and Public Distribution Secretary Sudhanshu Pandey said: “There is sufficient stock, much more than the buffer norm, available in the country to deal with any situation. As Rabi procurement is also going on, more is being added.”

According to Food Corporation of India officials, the country has reserve of 77.23 MT of foodgrain, including 49.93 MT rice (31.06 MT in form of unmilled paddy) and 27.3 MT of wheat as of April 1. The current stock is more than three times the buffer norm of 21.04 MT, they said.

Pandey says the Centre is closely monitoring the situation to ascertain whether the scheme needs to be extended beyond June.

“The Prime Minister has time and again repeated that there is no question of a complete lockdown. It was after reviewing the situation, the government yesterday made the announcement of providing additional foodgrain to NFSA beneficiaries in May and June,” he added.

Pandey said the Chief Ministers of 13 states had requested the Centre to continue with the scheme launched during the Covid crisis in 2020. The Centre “successfully distributed” for eight months between April and November around 30 MT of foodgrain with a “high level of satisfaction”, he said.

According to officials, an independent survey conducted by Dalberg (commissioned by the Ministry of Finance) has shown “a very high level of satisfaction among the beneficiaries with regard to distribution of foodgrain under the PM-GKAY and NFSA during the crisis”.

Another study by Microsave Consulting (funded by Bill & Melinda Gates Foundation) in 88 districts across 18 states/UTs has also shown that an average of 94 per cent households received the free ration on monthly basis during the crisis.