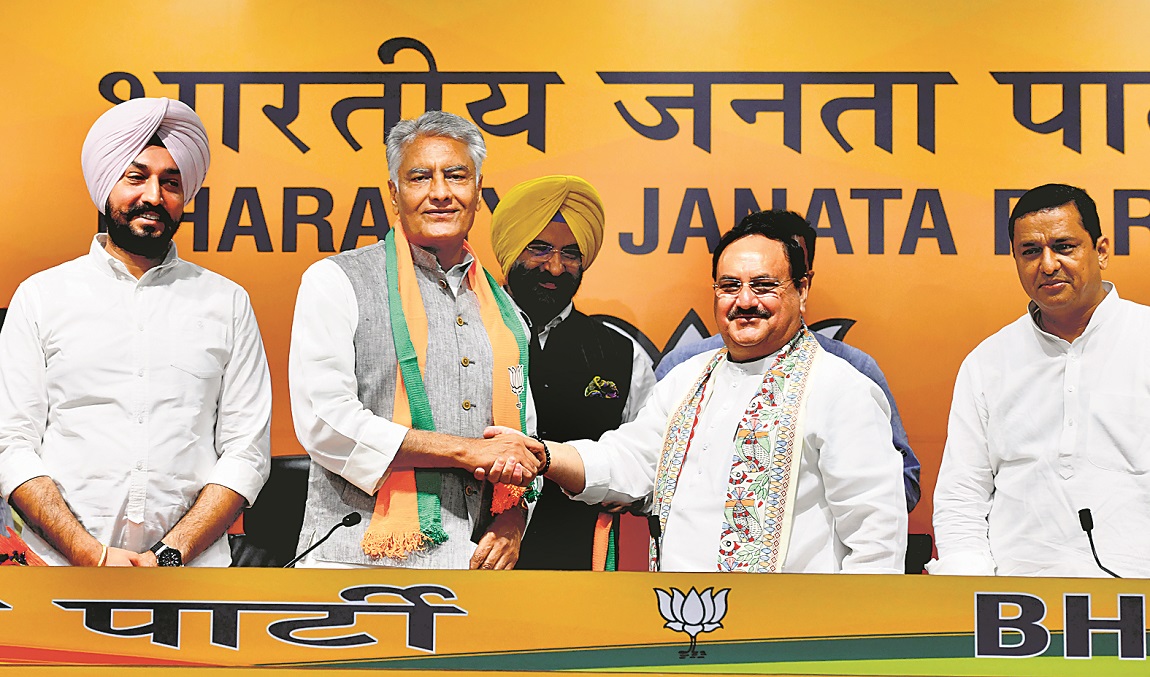 Days after he quit the grand old party, former Punjab Congress chief Sunil Jakhar today joined the BJP. He accused the Congress of “insulting” the spirit of brotherhood by “trying to divide” Punjab on the basis of caste, community and religion.

Recalling the 50-year-old association of his family with the Congress, an emotional Jakhar said it was a difficult decision for him. “It is not easy to break the relationship spanning three generations. We had been with the Congress in good times and bad. Today, I have snapped the ties over issues of nationalism, unity and brotherhood in Punjab,” he said. Welcoming him, BJP president JP Nadda said Jakhar managed to establish an identity that was independent of the Congress and helped strengthen nationalist forces in Punjab. Though the buzz is that Jakhar may be nominated to the Rajya Sabha, sources are indicating key responsibility in Punjab. Jakhar is the son of Congress stalwart Balram Jakhar.

Meanwhile, a day after resigning from the Congress, Patidar leader Hardik Patel hailed the BJP for its efforts in the Ayodhya case and for abrogating Article 370 in Jammu and Kashmir.