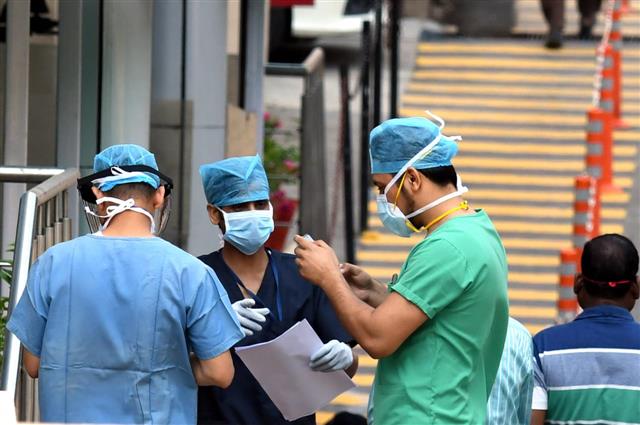 An elderly couple, who allegedly killed their two young daughters due to superstitious beliefs, has been shifted to a government healthcare facility in Tirupati for psychological evaluation and treatment if required.

V Purushottam Naidu, who has a doctorate in science and his wife Padmaja, a post-graduate and gold medalist were arrested by Madanapalle police on Tuesday and remanded to judicial custody.

According to Ramakrishna Yadav, Superintendent of Madanapally sub jail, a doctor on Wednesday examined the couple and opined that the parents may be suffering from delusion and further evaluation is needed to ascertain their psychological profile.

“We have informed a local court about the doctors opinion. Thecourt said prison authorities can take a decision on sending them to a hospital for evaluation and treatment if necessary.

So we are shifting them to Sri Venkateswara Ramnarayan Ruia Government General Hospital in Tirupati,” Yadav told PTI.

The superstitious couple ‘killed’ their two daughters in their 20s in Madanapalli on January 25, hoping that they would come back to life within hours due to spiritual power as the Kaliyuga ends, turning into the Satya Yuga.

According to police sources, the couple had actually planned to kill themselves as well to prove that they would come back alive but the timely entry of police personnel averted the possible suicide. — PTI