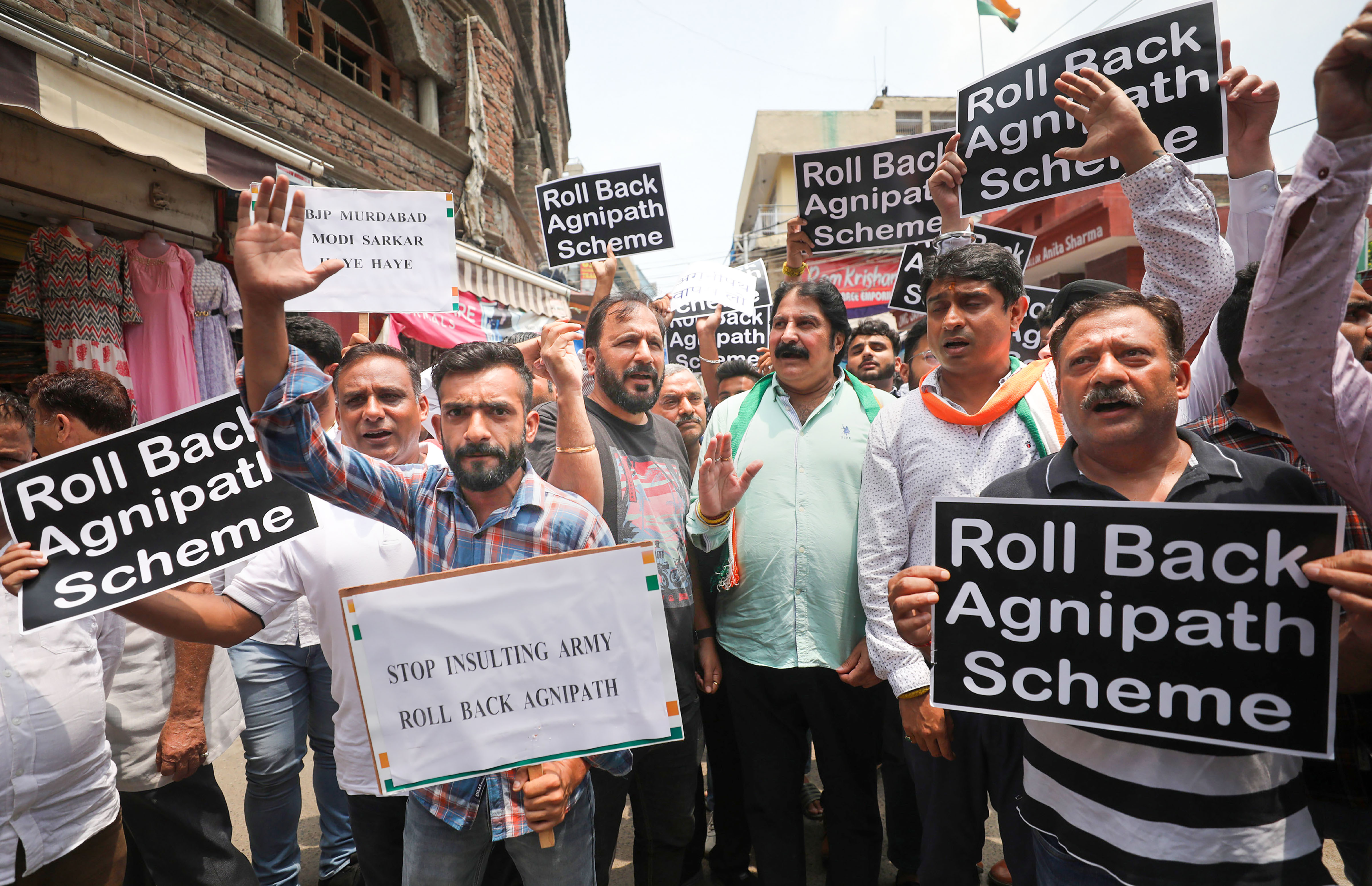 The Supreme Court on Monday said that it would hear next week pleas challenging the Centre's 'Agnipath' scheme for recruitment in the armed forces.

A vacation bench of Justices Indira Banerjee and JK Maheshwari said that petitions will be listed next week before an appropriate bench upon reopening of the apex court after summer vacation.

Last month, the government had announced the Agnipath scheme, under which youths between the ages of 17-and-a-half and 21 years would be inducted in the armed forces for a four-year-tenure, while 25 per cent of them will be subsequently inducted for regular service.