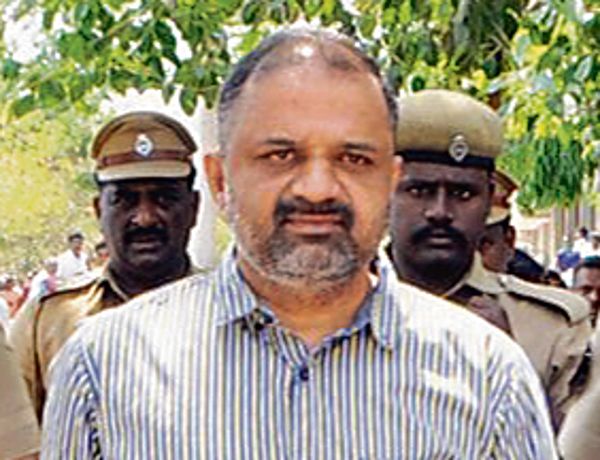 The Supreme Court on Wednesday ordered immediate release of Rajiv Gandhi assassination case convict AG Perarivalan, who has spent more than three decades in jail, saying the Tamil Nadu Governor’s decision to refer to the President the state cabinet’s recommendation for his release didn’t have any constitutional backing.

The top court had in 2014 commuted the death penalty of Perarivalan and two other convicts to life imprisonment on the ground of inordinate delay in deciding their mercy petitions. The Tamil Nadu Cabinet had on September 9, 2018, recommended to the Governor for the premature release of all seven convicts in the case. The Governor referred the state cabinet’s recommendation to the President two-and-a-half-year after receiving the cabinet’s recommendation.

Exercising the top court’s plenary powers under Article 142 of the Constitution, a Bench led by Justice LN Rao – which had granted bail to Perarivalan on March 9 – set him free on Wednesday.

“We direct that the Appellant (Perarivalan) is deemed to have served the sentence in connection with Crime No. 329 of 1991 (Rajiv Gandhi assassination case). The Appellant, who is already on bail, is set at liberty forthwith. His bail bonds are cancelled,” said the Bench which also included Justice BR Gavai and Justice AS Bopanna.

“The reference of the recommendation of the Tamil Nadu Cabinet by the Governor to the President of India two and a half years after such recommendation had been made is without any constitutional backing and is inimical to the scheme of our Constitution, whereby “the Governor is but a shorthand expression for the State Government” as observed by this Court,” the top court said.

“The law laid down by a catena of judgments of this Court is well-settled that the advice of the State Cabinet is binding on the Governor in the exercise of his powers under Article 161 of the Constitution,” it said.

“Taking into account the Appellant’s prolonged period of incarceration, his satisfactory conduct in jail as well as during parole, chronic ailments from his medical records, his educational qualifications acquired during incarceration and the pendency of his petition under Article 161 for two and a half years after the recommendation of the State Cabinet, we do not consider it fit to remand the matter for the Governor’s consideration,” it noted.

Peeved at the Tamil Nadu Governor not taking a call on the state cabinet’s decision to release Perarivalan, the top court had on May 4 said it will order his release from jail. “We cannot shut our eyes to something that is happening against the Constitution and will have to go by the Bible which is the Constitution. There is nobody above law. There are certain powers conferred to dignitaries, but the working of the Constitution should not come to a grinding halt,” it had said during the hearing.

On behalf of Tamil Nadu Governor, Additional Solicitor General KM Nataraj had contended that the Centre had primacy in deciding such pleas if the offence was based on a law enacted by Parliament.

However, the Bench rejected Natraj’s arguments, saying that such an understanding was incorrect, as no express executive power has been conferred on the Centre either under the Constitution or law made by the Parliament in relation to Section 302. “In the absence of such specific conferment, it is the executive power of the State that extends with respect to Section 302, assuming that the subject-matter of Section 302 is covered by Entry 1 of List III,” it said.

Besides Perarivalan, other six convicts sentenced to life imprisonment include Nalini Sriharan, her husband Murugan, Santhan, Jayakumar, Ravichandran and Robert Pyas. They were convicted by a special TADA court of assassinating former Prime Minister Rajiv Gandhi on May 21, 1991 during an election rally at Sriperumbudur and sentenced to death.