Advocate commissioners will submit their report to court on Tuesday 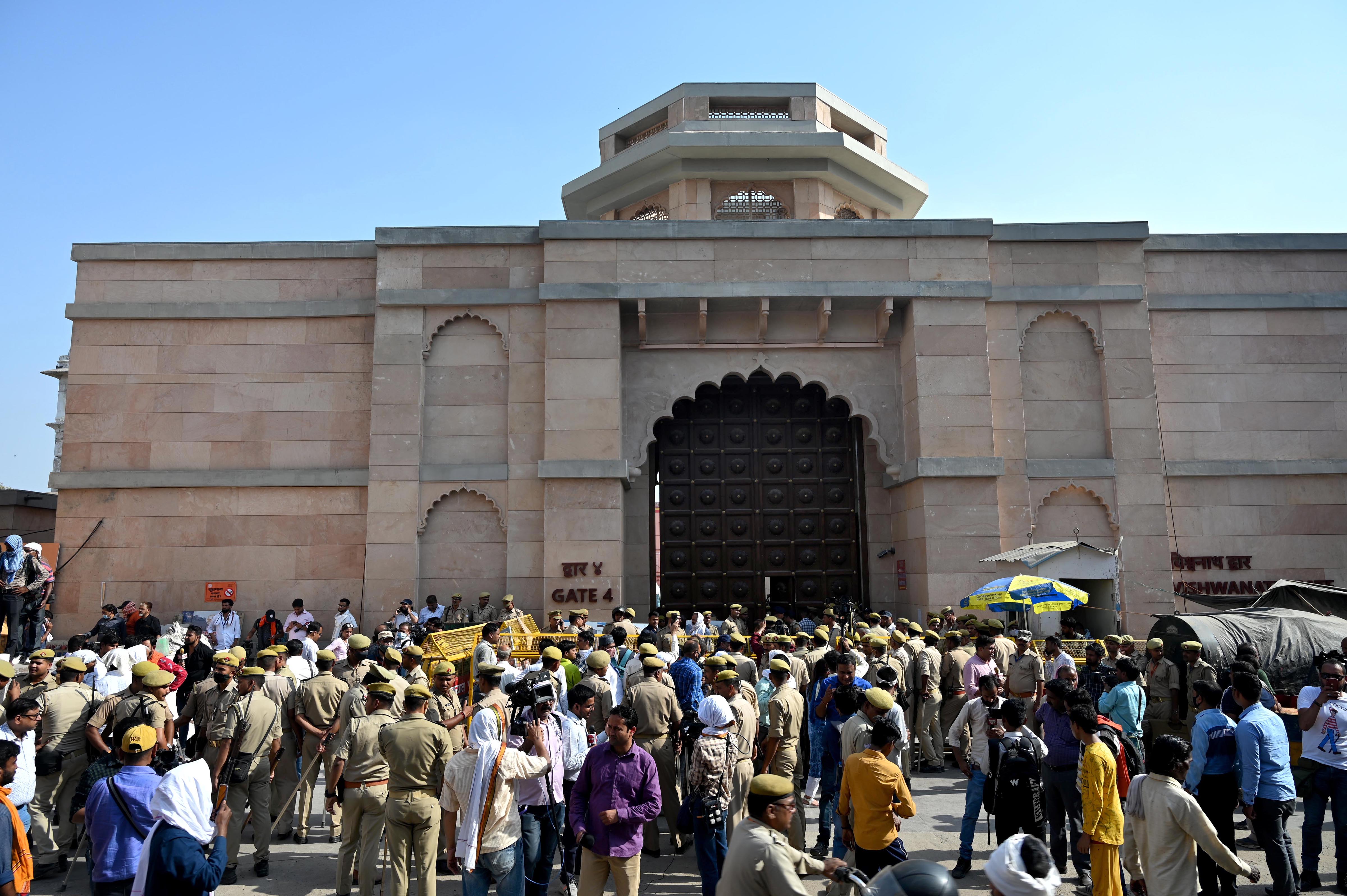 A local court here directed the district administration to seal a spot in the Gyanvapi Masjid complex after counsels representing the Hindu petitioners said a Shivling was found Monday during a court-mandated videography survey.

A mosque management committee spokesperson disputed the claim, telling a television channel that the object was part of a “fountain”. He said lawyers representing the mosque committee were not fully heard before the sealing order was announced.

The Hindu side claimed that the “Shivling” was found close to the “wazookhana”—a small reservoir used by Muslim devotees to perform ritual ablutions before offering the namaz.

The claimed finding on the last day of the survey reignited the mandir-masjid debate over the Gyanvapi mosque-Shringar Gauri complex located close to the iconic Kashi Vishwanath temple.

Civil Judge (Senior Division) Ravi Kumar Diwakar issued directions on sealing an area of the mosque on an appeal by the lawyers representing the Hindu petitioners.

Along with the counsels representing the mosque management committee, they had accompanied the team conducting the survey, headed by a court-appointed advocate commissioner.

The judge directed the district magistrate, police commissioner and CRPF commandant in Varanasi to ensure the security of the sealed area.

The local court is hearing a plea by a group of women seeking permission for daily prayers before the idols on the mosque’s outer walls.

The survey was ordered during this hearing and was initially stalled by the mosque management, alleging that the commissioner assigned to the task was biased.

Monday’s survey of the mosque complex started at 8 am and ended around 10.15 am.

He said the next order of the court will be known only on Tuesday, the deadline set by it for the advocate commissioner to submit the survey report.

Till then nobody should disclose what has been found inside the court complex, the DM said.

“However, if anyone is disclosing it on his own, then its authenticity cannot be proved. Only the court is the custodian of this information,” he said.

Earlier, while reporting the “finding” to the media, Madan Mohan Yadav, who represents the Hindu side, said he and senior advocate Harishankar Jain had submitted an application in the district court to secure the Shivling.