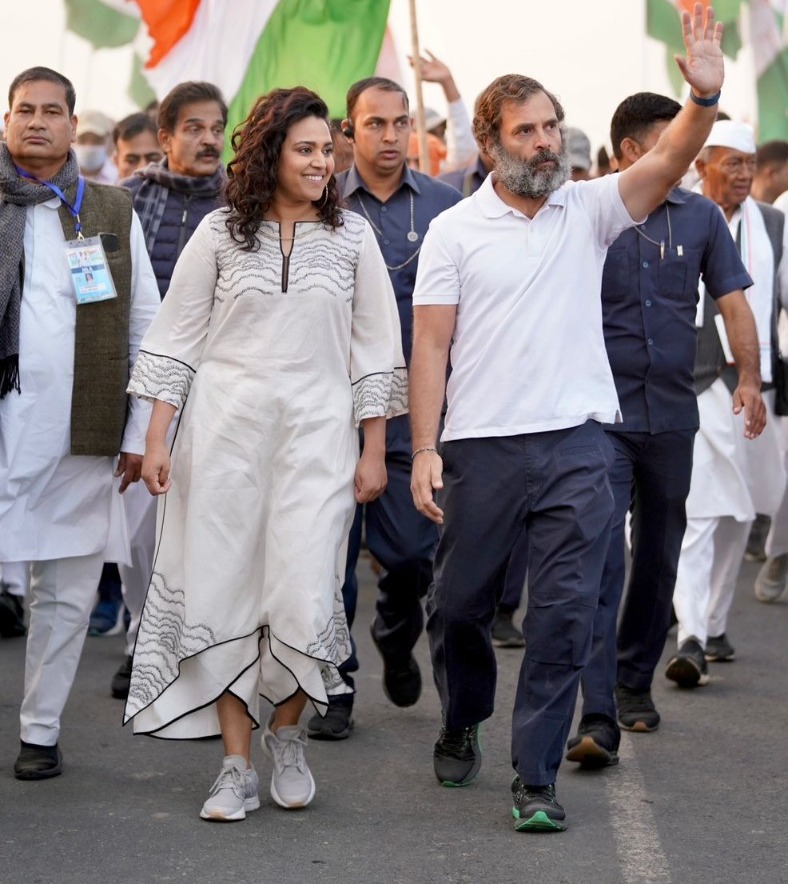 The official Twitter handle of the Indian National Congress shared a picture of Bhasker with Gandhi.

"Today famous actress @ReallySwara became part of #BharatJodoYatra. The presence of every section of the society has made this yatra a success," the tweet read.

Bhasker, known for being vocal about her opinions on topical issues, also retweeted the post by the Congress party.

Hollywood star John Cusack on Twitter had also extended his support to the foot march, a mass contact programme of the Congress, in late September.

It resumed from Ujjain on Thursday morning after a day's break and headed for Agar Malwa, the last district of its Madhya Pradesh leg. The yatra is scheduled to cover a distance of 380 km in the politically crucial Malwa-Nimar region of western Madhya Pradesh within 12 days.

From Madhya Pradesh, the yatra will enter Rajasthan on December 4, according to a programme announced by the Congress.