Swiggy delivery executives on strike in Hyderabad; Company says no disruption in service

75 per cent from over a 1,000 delivery partners stated that they would like to resume deliveries 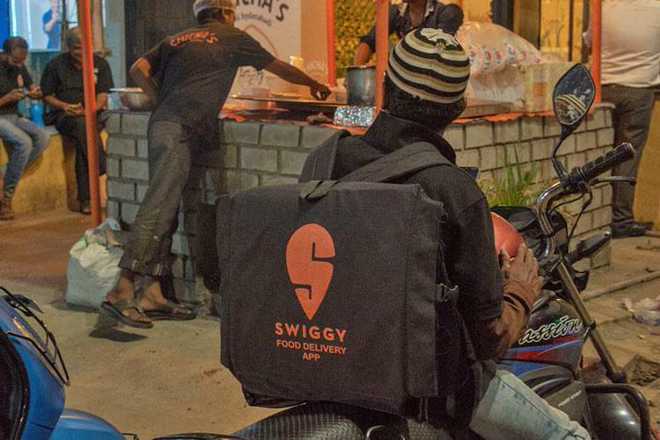 A section of delivery partners of Swiggy are on strike in the city, claiming that their base payment has been reduced by the aggregator, for the past few days and held a protest in Madhapur here on Tuesday.

The food delivery App firm, however, said a large number of its partners have understood the strong earning potential, as a result of which more 3,700 partners out of about 5,000 have logged on to Swiggy in the last three days.

The Swiggy partners, under the banner of Indian Federation of App-Based Transport Workers, alleged that in recent months the management has made frequent and numerous reductions in earnings structure of delivery executives.

The firm reduced minimum order earning from the earlier Rs.35 up to 4 km to Rs.15 for 2 km and late night delivery timing has been shifted from previously 11 PM to now midnight, they alleged.

The incentive amount has also been reduced, they said adding they have other demands.

We demand the Rs.35 up to 4 km system should be in place.

A Swiggy spokesperson in an email reply said over the last couple of days, Swiggy had a constructive dialogue with its partners to explain the revised pay-outs and assuage their concerns and a large number of executives have understood the strong earning potential, as a result of which more 3,700 partners have logged on to Swiggy in the last three days.

We are disheartened by the many unfortunate incidents where our delivery partners are being intimidated by a smaller set of people, including external parties who are resorting to instigation and coercion No significant disruption. It is coming back to normal in most parts of the city, the spokesperson told PTI.

In fact, in a sentiment survey conducted by Swiggy three days ago, 75 per cent from over a 1,000 delivery partners stated that they would like to resume deliveries, the Bengaluru-based firm claimed, adding it was working with the authorities to ensure that those who want to make an honest living with Swiggy were allowed to do so.

With the beginning of the cricketing season and the surge in orders in the city, those who delivered with Swiggy over the past three days made an average of over Rs 85 per order and high performing partners made close to Rs 250 per order, the email claimed. PTI