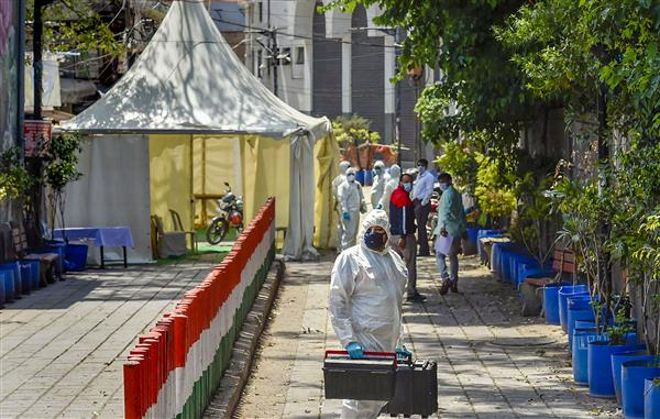 The foreigners, who have been booked in the six cases, were earlier allowed to be deported back to their countries by the court after completion of their plea bargain proceedings in the case in which 955 foreigners were charge sheeted by the Crime Branch of the Delhi police.

They were allowed to walk free on payment of varying fines after they accepted mild charges related to various violations during the COVID-19 lockdown.

The charge sheets were filed on Tuesday in the cases registered at the Seelampur police station, Sadar Bazar, Bara Hindu Rao, Sarai Rohila and Dayalpur police stations, said advocate Ashima Mandla, counsel for some of the foreigners.

According to the charge sheets, the foreign nationals have been booked for violating visa rules, violating government guidelines issued in the wake of Covid-19 pandemic and regulations regarding Epidemic diseases Act and Disaster Management Act.

At least 70 foreign Tablighi Jamaat members, who were ordered to be deported, have not been able to return to their countries as seven other FIRs are pending against them, their representatives had claimed.

These foreigners from different countries including Djibouti, Kenya, Tanzania, Brazil, Sudan, Afghanistan and Indonesia, who were charge sheeted by the Crime Branch of the Delhi police in the case, have also been booked under the same charges in the seven FIRs filed by the local police, they said.

Seven FIRs were lodged at different police stations in the first week of April.

The foreigners and their representatives came to know about the seven other FIRs when they reached the airport, a source said.

The foreign nationals were earlier booked for violating visa rules, violating government guidelines issued in the wake of COVID-19 pandemic and regulations regarding Epidemic diseases Act, Disaster Management Act and prohibitory orders under section 144 of Code of Criminal Procedure.

They were also booked under sections 188, 269, 270 and 271 of the Indian Penal Code and relevant sections of the Epidemic Diseases Act. The Centre had blacklisted them.

The punishment for various offences under penal provisions ranges from six months to eight years of imprisonment.

In April, COVID-19 cases across the country spiked after hundreds of many Tablighi Jamaat members, who had attended the religious congregation at Nizamuddin Markaz event, tested positive.

At least 9,000 people, including the foreign nationals participated in the religious congregation in Nizamuddin. Later, many of the attendees travelled to various parts of the country. PTI

24 hours ago
2
Punjab The Tribune interview

Bangladesh PM rued that Delhi had not informed Dhaka before ...