Taliban’s grip over Afghanistan ‘won’t change much’ for Kashmir : The Tribune India

Taliban’s grip over Afghanistan ‘won’t change much’ for Kashmir 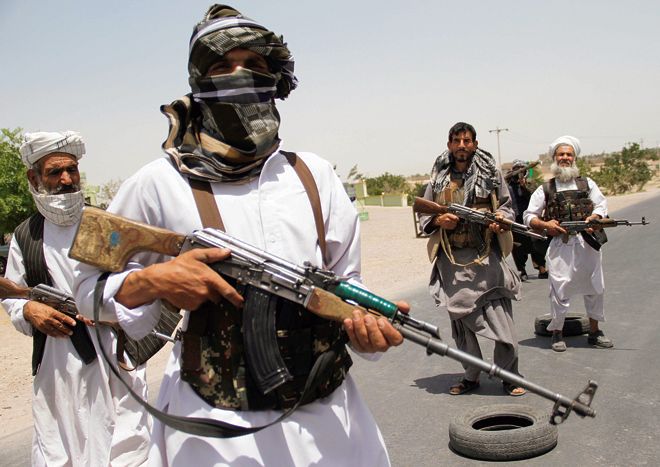 Despite the Taliban slowly taking over Afghanistan, a repeat of the post-1989 events in Kashmir may not be possible today. Gun-trotting Afghan Taliban terrorists, backed by Pakistan’s ISI, may not be able to come into Kashmir across the well-defended 772-km Line of Control (LoC).

After 1989, when the Soviet Union Army exited Afghanistan, a large number of foreign terrorists who were fighting the Soviets were directed by the ISI towards Kashmir, which gave birth to terrorism in the Valley.

In the past 20 years, the LoC has been fortified with an electrified fence, latest technology, and sensors and gadgets that can spot intruders. Snipers can fire at intruders with night-sight enabled rifles.

In the early 1990s, terrorists could walk in with guns as there was no fence, no sensor or equipment for night surveillance. Data with the South Asia Terrorism Portal, which collates information on terrorism, says 994 persons, including 132 security personnel lost their lives to militants in the Valley in 1990. This was quantum jump over the 92 deaths, including 13 security personnel during 1989. In the next decade, between 1990 and 2000, a whopping 13,534 lives were lost, including 3,067 security personnel. During the same period, 12,247 terrorists were killed. Since 2002, when the US-led forces started controlling Afghanistan, there has been a steady decline in fatalities, with 2020 ending with 321 deaths, including 232 terrorists. The Indian security establishments are well aware of the Taliban, which work closely with the ISI. Western security agencies have identified thousands of Pakistani terrorists from the Lashkar-e-Toiba, Jaish-e-Mohammed and other groups that are fighting alongside the Taliban in Afghanistan.

Other than the “morale boost” for a minuscule section of the radicalised youths in the Valley, Taliban’s control over Afghanistan is not expected to have any immediate bearing on ground as of now, say sources in the security establishment.

Since 2002, when the US-led forces started controlling Afghanistan, there has been a steady decline in fatalities, with 2020 ending with 321 deaths, including 232 terrorists.

Prez on 4-day visit to J&K from today

President Ram Nath Kovind will visit Jammu & Kashmir and Ladakh from July 25 to 28, and also grace the convocation ceremony of the University of Kashmir during his tour. On July 26, the President will pay homage to the indomitable courage and sacrifice of the Indian armed forces during the Kargil War in 1999 at the Kargil War Memorial. TNS