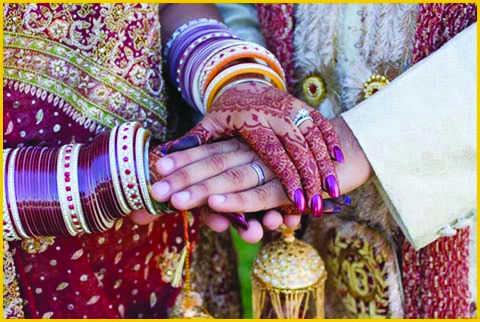 It was a quick decision by a bride in Tamil Nadu to cancel her wedding after her would be husband allegedly slapped her at a wedding function.

Hours later, she married his cousin, according to a report in the Times of India.

The bride, a postgraduate from Panruti, and the groom, a senior engineer with a Chennai firm, had decided to get married on January 20.

However, trouble began when both the groom and the bride’s families got together a day before their wedding for a DJ night function.

The bride and the groom were reportedly dancing together. Soon they were joined on the dance floor by the groom's cousin.

The cousin allegedly placed his hands on the bride and groom's shoulders and started dancing with them, which reportedly annoyed the groom.

The groom pushed the bride and her cousin away. What happened next is not clear - but the bride's family claimed that the groom allegedly slapped her.

As per a report in News 18, the bride's father was enraged that the groom had slapped his daughter and asked him and his family to leave the hall. After that, the bride's relatives decided to get her married on the same date and to the groom’s cousin.