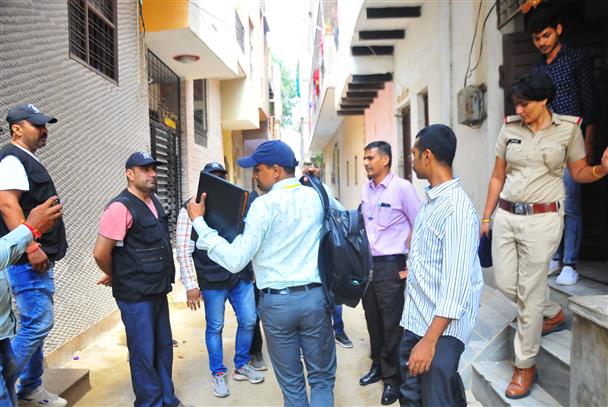 The National Investigation Agency today said it had conducted raids at 50 locations in Delhi, Chandigarh, Punjab, Haryana and Rajasthan to dismantle and disrupt the nexus between terrorists, gangsters and drug syndicates based in India and overseas.

The NIA crackdown comes after the re-registration of two gangster-related cases, which were earlier filed by the Delhi Police under the Unlawful Activities (Prevention) Act on August 26.

The probe agency identified some of the “most desperate gang leaders and their associates based in India and abroad” who were spearheading and carrying out terror and criminal activities.

Those covered under the raids included gangsters involved in the murder of Punjabi singer Sidhu Moosewala.

Goldy Brar and Bhagwanpuria are also involved in the murder of Moosewala, who was shot dead on May 29.

Six pistols, one revolver and one shotgun were seized along with ammunition during the raids, the NIA spokesperson said, adding that drugs, cash, incriminating documents, digital devices, details of benami property and threat letters have also been seized.

The raids came after some recent sensational crimes and extortion calls by criminal syndicates and gangsters to businessmen and professionals, including doctors, were reported. Officials said these gangs were using cyber-space to publicise these crimes to create terror among the public at large. — TNS