Telangana bans the sale and bursting of crackers

Comes day after HC's direction to the state government 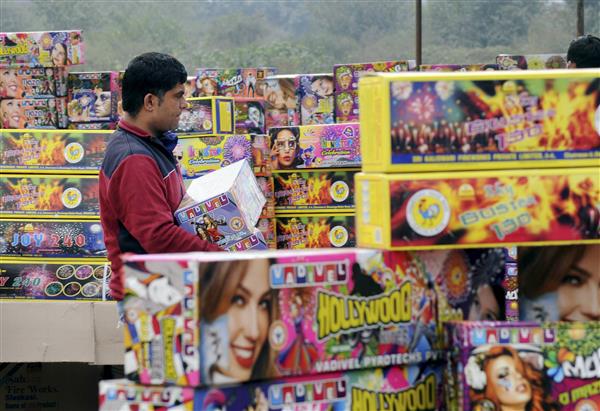 The Telangana Government has issued orders following a high court directive banning the sale and use of firecrackers in the state during Diwali.

The orders were issued on Friday a day after a Public Interest Litigation (PIL) in the Telangana High Court resulted in the court directing the government to ban the sale and use of crackers.

The Government Order (GO) reads: “Keeping in view the directions of the High Court, hereby impose a ban on the sale and use of firecrackers by the people and organisations, with immediate effect”.

The government has directed the Director-General of Police, Director General of Fire Services, District Collectors, Commissioners of Police and Superintendents of Police to take immediate action to close down cracker shops in the state. The government advised people to refrain from bursting firecrackers through the GO. Failure to do so will invite strict action.

An advocate Indira Prakash Puligilla had filed a PIL in the Telangana High Court seeking a ban on bursting of crackers as this would adversely harm those suffering from CVID-19. He had argued that the condition of people already infected by the virus would deteriorate and may even result in death due to increase in the level of air pollution from the smoke.

The Bench of Chief Justice Raghavendra Chauhan and Justice Vijaya Sen had passed an order saying, “Presently, the nation and the state are struggling with COVID-19 pandemic. Much as the festivals may be important and may serve a social purpose, people’s lives are most important. It is the bounden duty of the state to ensure that the lives of the people are protected…The court directs the state to immediately impose a ban on the sale and use of fireworks”.

Also the state BJP president and MP Bandi Sanjay Kumar on Friday alleged the Telangana Rashtra Samithi (TRS) government has failed to protect the sentiments of Hindus vis-a-vis ban on firecrackers. The high court has directed imposition of the ban on firecrackers as the state the government could not effectively argue the matter in the court, he claimed in a statement on Friday.

“It has become fashionable to make the festivals of Hindus controversial every time,” Kumar said. He demanded that the government come to the rescue of small businessmen engaged in the sale of firecrackers.