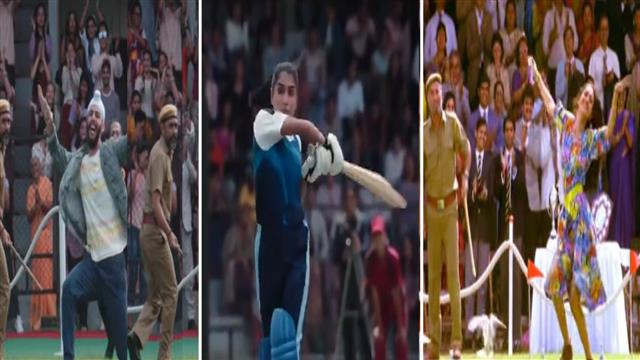 Cadbury recreates iconic Dairy Milk advertisement from the 1990s with women cricketers and the Internet is loving it.

Cadbury with the new version of the ’90s classic ‘cricket’ advertisement has nailed it. Cadbury’s recreation of its iconic Dairy Milk advertisement from the 1990s with women cricketers is perhaps a small yet a significant initiative to acknowledge women athletes’ achievements and efforts.

In a throwback to Cadbury’s ’90s classic ‘cricket’, the 2021 version of the advertisement reverberates with millions of Indian cricket fans. While the original - aired in 1993 - showed a girl dancing her way out on a cricket field to celebrate her boyfriend’s century, 28 years later, the remake features a girl hitting a century and a man cheering for her.

The caption to the advertisement reads, “Join Cadbury Dairy Milk in celebrating and cheering for our girls who are making spectacular success stories and emerging as powerful role models for the youth,”

It ends with wishing #GoodLuckGirls to all those hitting it out of the boundary.

The advertisement made by agency Ogilvy has led to netizens congratulating the brand for making a comeback with a great message of backing women.

Below are some of the reactions.

An iconic campaign, a contemporary twist and so many relevant messages!

Join Cadbury Dairy Milk in celebrating and cheering for our girls who are making spectacular success stories and emerging as powerful role models for the youth.#CadburyDairyMilk #GoodLuckGirls #KuchAchhaHoJaayeKuchMeethaHoJaaye pic.twitter.com/b0g4dRo9DJ

Oh wow!! Take a bow, Cadbury Dairy Milk and Ogilvy :) A simple, obvious twist that was long overdue, and staring right at all of us all this while! pic.twitter.com/Urq8NXtg7W

Remake of one of India's most loved ads.

With this role reversal ad we can see how much women have progressed in the Indian society whilst the emotions of success and victory still remain the same.https://t.co/BqZEjegpgA#chocolates #advertising #adcampaigns #adindia #cadbury pic.twitter.com/jhJC08jusA