Their govt, their writ: Year on, kin of Lakhimpur Kheri victims await justice : The Tribune India 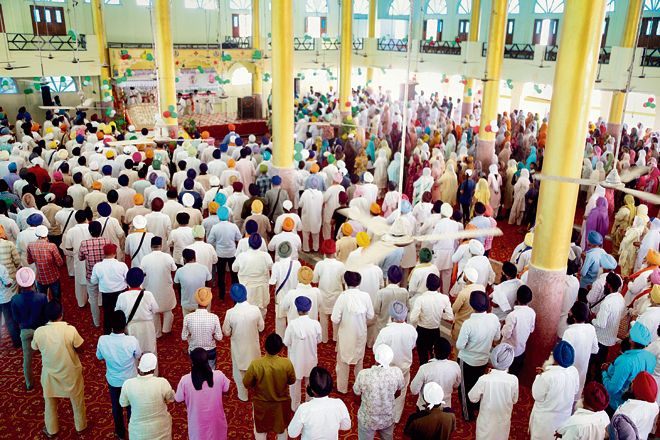 A year after eight persons were killed in the violence that hit Lakhimpur Kheri, with five of them mowed down by vehicles belonging to Minister of State for Home Ajay Mishra and son Ashish Mishra, families of the victims are still awaiting justice.

“It is their government, their writ. Who cares for our voice,” asks a distraught Satnam Singh whose son Lovepreet was among four persons killed after SUVs rammed into them while they were returning home after a protest against three farm laws on October 3, 2021.

Although Ashish Mishra was arrested and continues to be in jail for the alleged murders (the apex court had in April this year cancelled his bail granted by the Allahabad HC), his father is still a Union Minister. “Our demand that Ajay Mishra be removed has not been met. There was clear evidence of his involvement in the conspiracy. We again seek justice,” said Satnam Singh, who, along with family members of other victims, attended akhand path organised at Gurdwara Kudiyala Sahib today.

Bharatiya Kisan Union national spokesperson Rakesh Tikait said, “No justice has been done.” Speaking with The Tribune, Gurmeet Randhawa of the Kheri Kisan Union, one of the akhand path organisers, said the Samyukta Kisan Morcha had handed over cheques for Rs 2 lakh each to the families of four farmers, who were behind bars in connection with the counter-FIRs lodged by the driver of one of the SUVs.

He said the congregation today called for government jobs for the families of the deceased farmers — Lovepreet, Daljit Singh, Gurvinder Singh and Nachhattar Singh — and the sacking of Ajay Mishra as minister. Pawan Kashyap, the brother of journalist Raman Kashyap, who too died in the violence, said the families were seeking a closure which was “not possible till each person involved in the violence is punished”. He was referring to Mishra’s continuation as Union Minister.

Attacking the BJP for the delay in justice, AICC general secretary Jairam Ramesh said: “Nothing can be more insulting than the fact that farmers agitating against black laws were deliberately killed while the culprit remains a member of the Union Council of Ministers.”