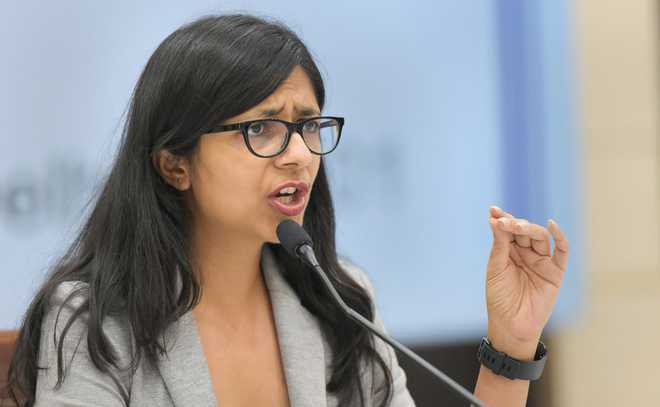 Delhi Commission for Women (DCW) chief Swati Maliwal on Tuesday said those who were part of an Instagram group where objectionable things were being discussed about minor girls should not be spared.

The commission had issued notices to police and the photo and video sharing social media app over the online group “Bois Locker Room” being used by some persons to share objectionable pictures of minor girls and discuss illegal acts, including rape.

After the DCW issued the notices, a case was registered and a minor was apprehended, she said, adding that police are investigating about the other members of the group.

“These were the same people who were making plans to gang rape girls and were making objectionable comments about them.

“Such persons, irrespective of where they are and whether the lockdown is in place or not, should not be spared,” the DCW chief said.

She also appealed to people that they should exit such groups if they are a part of them and report about them to the panel.

Maliwal also appreciated those girls who had reported about the group on social media and called them “brave”.

“If they are facing any issues, they can approach the DCW and we will help them. I appeal to society to support such girls,” she added.

A minor has been apprehended by police in connection with the matter. PTI

Soni was offered the CM ship 2 months ago also when the proc...