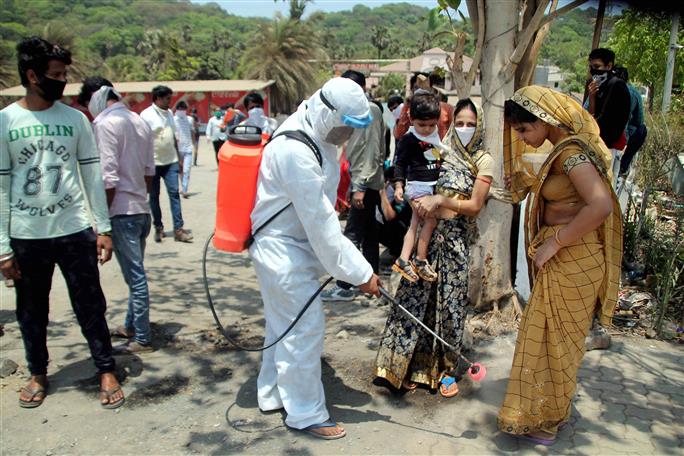 Three patients died of Covid-19, while 286 new cases were reported from Rajasthan on Sunday.

One patient each succumbed to the virus in Chittorgarh, Jaipur and Pali, a medical bulletin said.

Of the fresh cases, Jaipur’s 78 were mostly from the outskirts and surrounding villages of the state capital, followed by Nagaur 47, Jodhpur 35, Rajsamand 24, Ajmer 22, Udaipur 21, Pali 7, Barmer, Bharatpur, Bhilwara and Kota 6 each, Dungarpur 4, Sirohi, Sikar, Jhunjhunu, Dholpur, Bikaner 3 each, Dausa 2, other state 2, and Alwar 1.

So far, 3,848 people out of 7,028 have tested negative and of them 3,413 have been sent to home. Altogether 3,017 are active patients getting treatment in the state-run hospitals.

Jaipur has recorded a maximum casualties of 83 followed by Jodhpur 17, Kota 16, Nagaur 7,  Pali 6, Ajmer 5, Bharatpur, Chittorgarh and Sikar 4 each, three in Bikaner, two each in Alwar, Karauli, Jalore, &  Bhilwara and one each in Churu,  Banswara, Udaipur, Pratapgarh, Sawaimadhopur and Tonk.