Rakesh Tikait detained ahead of Delhi demonstration : The Tribune India 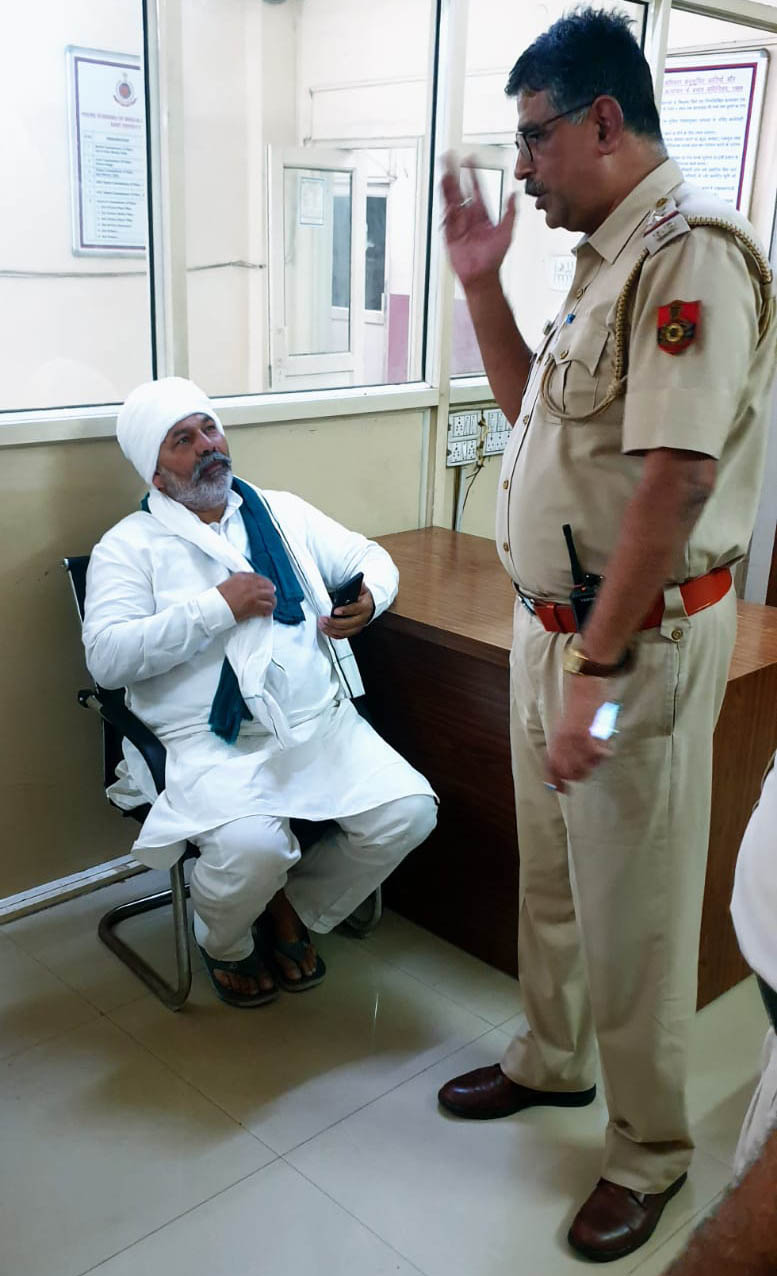 The Delhi Police today detained Bharatiya Kisan Union (BKU) leader Rakesh Tikait at the Ghazipur border while he was trying to enter the national capital to participate in a ‘mahapanchayat’ at Jantar Mantar tomorrow.

The farmers are agitating against the Centre “for not fulfilling their legitimate demands and going against its promises”.

Accusing the Delhi Police of working at the Centre’s behest, Tikait said it could not suppress the voice of the farmers. “This struggle will continue till our last breath. The government is bent upon oppression of unemployed, youth, farmers and labourers. The fight for rights has to be prepared for a long struggle,” he said. The ‘mahapanchayat’ is being organised by the Samyukt Kisan Morcha and other farmer groups.