Leaders of farmers' bodies are constantly urging government to talk with them, but the government isn't doing so: BKU leader 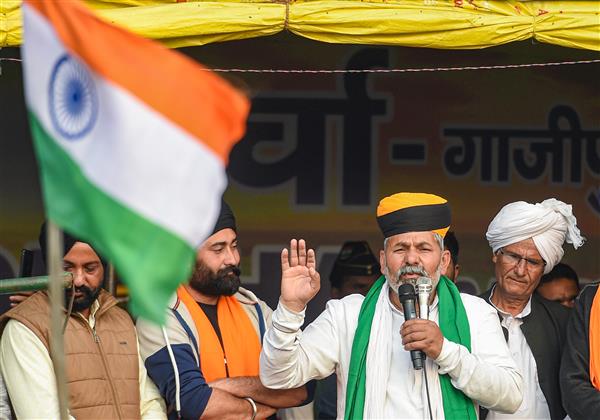 The more than two-month-long farmers' agitation against the three farm laws continues on Delhi's borders.

In such a scenario, Bharatiya Kisan Union national spokesperson Rakesh Tikait has evolved a formula to keep the movement going: Get one tractor and 15 people for 10 days from every village. This will enable the maximum number of farmers to participate in the movement and also return to the village and engage in farming.

According to Tikait, leaders of farmers' bodies are constantly urging the government to talk with them, but the government isn't doing so. "In fact, the government wants to prolong the farmers' agitation." So, Tikait has evolved a formula through which the agitation will attain longevity. In this formula, 15 people from every village should stay at the protest venue for 10 days and then the next lot of 15 should replace them. The first lot of protesters can then return home and tend to the fields.

Tikait announced on Thursday: "Work on the formula of one tractor and 15 people for 10 days from every village. Then, even if the movement runs for 70 years, there is no problem."

The 11 rounds of talks between the government and farmers so far have failed to resolve the impasse. Asked about the resumption of dialogue, Tikait said: "Through the media, we will keep requesting the government for a dialogue. Now it is up to the government to decide how much time it has for the farmers." He said the government is adopting new tactics every day to prolong the farmers' agitation. "Not talking to farmers and turning Delhi into a fortress are part of these tactics. Let us see till when does the government keep testing the farmers?" -- IANS