Accuses businessman husband of misusing her money, holding on to her possessions 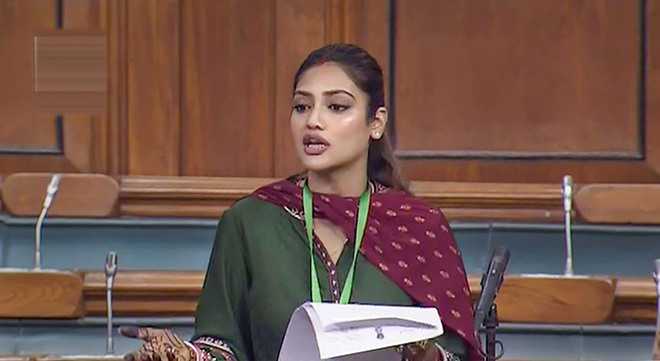 Actor-politician Nusrat Jahan said her relationship with her businessman husband Nikhil Jain was more of a live-in one given that the marriage was not valid in India—a development that comes amid speculations of their separation.

In a statement she put out on social media, Nusrat Jahan, a Member of Parliament from the Trinamool Congress, said her marriage to Jain had taken place in Turkey and was not registered under the Special Marriage Act in India, the act that deals with interfaith marriages.

She also accused Jain of mishandling her money and their joint accounts without her approval and said she’d taken this up with the appropriate banking authority. She also said that Jain continued to hold her assets—the jewellery she got from her family and friends, her clothes and even some of her own assets—in his possession.

“I would also state that I have solely borne the expenses for my sister’s education and my family’s well-being from day one as they have been my responsibility. I need not use or keep anyone’s Credit Card, who (sic) I am not related to anymore. This too can be backed up by evidence,” she said.

“The one who claims to be ‘rich’ and ‘been used by me’ has been taking money from my account by accessing my bank accounts illegally and by illegitimate means at odd-hours of the night, even post separation. I have already taken this up with the concerned Banking Authority and a Police Complaint shall be filed shortly,” she said in her statement.

“Being rich does not give the man the right to act as (sic) a victim and belittle the woman alone in this society,” her statement said.

Here’s a screenshot of her statement in full. 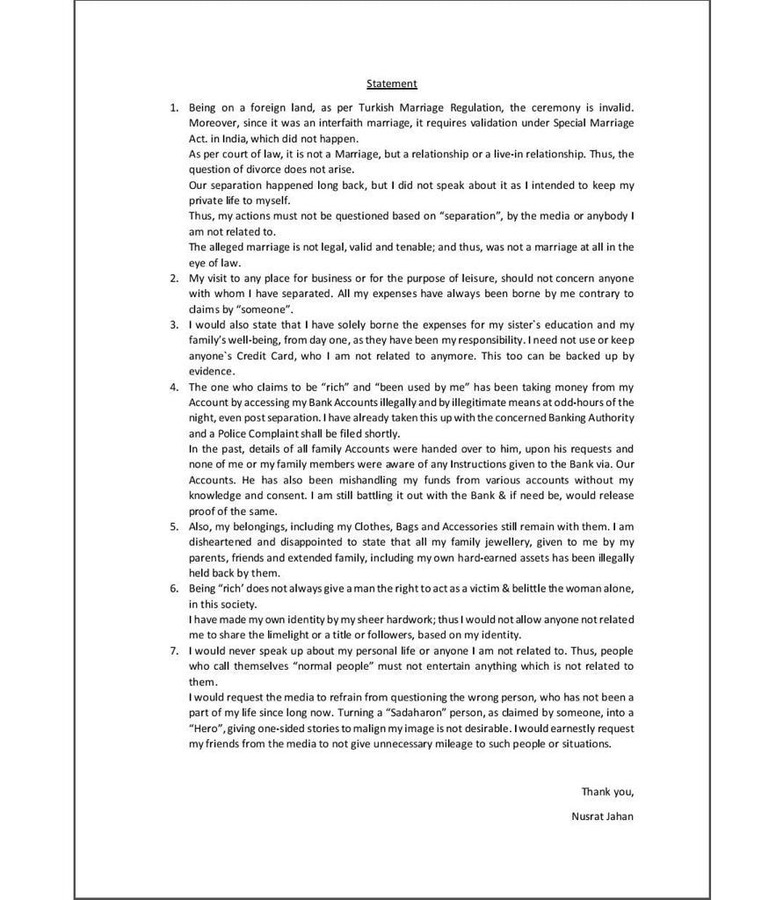