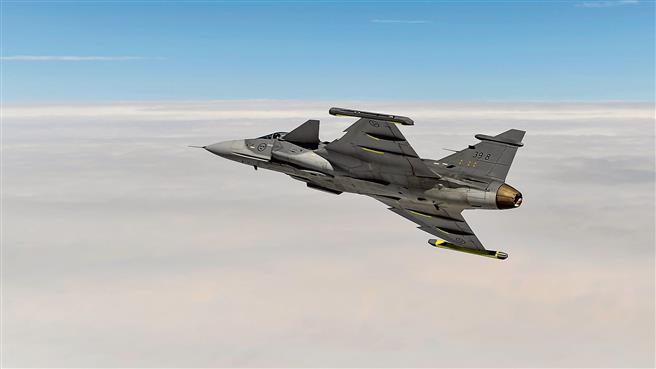 Swedish company Saab, which is in the race to make fighter jets in India, on Friday said it was offering a totally “Make in India” solution, including technology transfer and setting up of local capabilities.

Saab makes the fighter jet “Gripen”, which is one of the seven companies in the race for the multi-billion dollar multi-role fighter aircraft (MRFA) project. The Indian Air Force (IAF) has floated a tender to seek 114 such jets and is looking for a make in India in partnership with a foreign supplier.

Head of the Gripen India campaign Mats Palmberg, speaking at webinar with India based reporters, said “Our focus is on providing indigenous content and capabilities to be able to achieve self-reliance (for India) for needs of tomorrow.”

On being asked what is the difference between the offer Saab has made over and above the previous such fighter jet programme by India, Palmberg said technologies had matured since 2008. “The big difference is the depth of technology and capability that we are prepared to transfer and set up in India,” he said.

India had floated an international tender in 2008 and cancelled the same in 2015 choosing to buy Rafale.

The Gripen comes with GE 414 US engine, on being asked if different engine can be used, Palmberg said, so far the offer is with the GE engines. Replying to another question, he said the company could integrate India-made missiles with the Gripen. On being asked about Saab’s India partners, Palmberg said, “We want to have several partners for ‘Make in India’ solution and are looking forward to working with individuals to establish our eco-system. We are in touch with international partners to satisfy the Indian needs for indigenous content. If we are successful, the same capabilities that we use in Sweden can be used in India.”