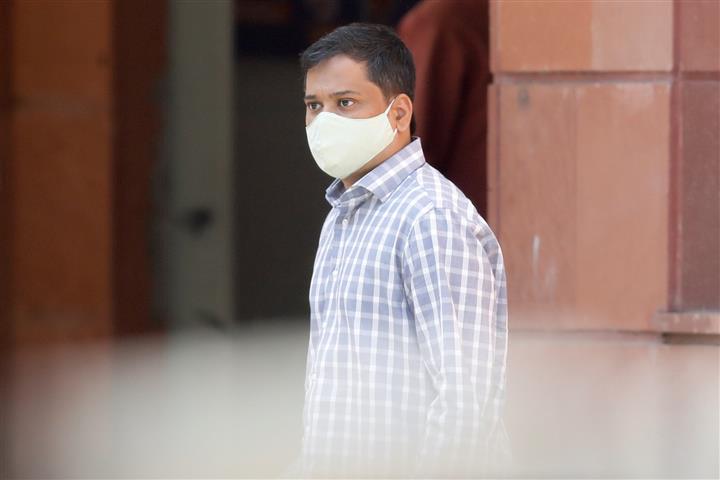 Shantanu Muluk, a climate activist, arrives at National Cyber Forensic Lab for an investigation, in New Delhi on February 23, 2021. Reuters

Shantanu Muluk who, along with Disha Ravi, is accused of being involved in sharing a “toolkit” on social media related to the farmers’ protest, on Tuesday moved a Delhi court seeking anticipatory bail.

The application moved by Muluk is likely to come up for hearing on Wednesday before Additional Sessions Judge Dharmender Rana.

Muluk had got transit bail from the Bombay High Court on February 16 for 10 days.

He, along with Ravi and another accused Nikita Jacob, was booked for alleged sedition and other charges.

Ravi was arrested by a Cyber Cell team of Delhi Police from Bengaluru and brought to Delhi. Her police custody ends on Tuesday.

Muluk and Jacob are currently on transit bail. PTI