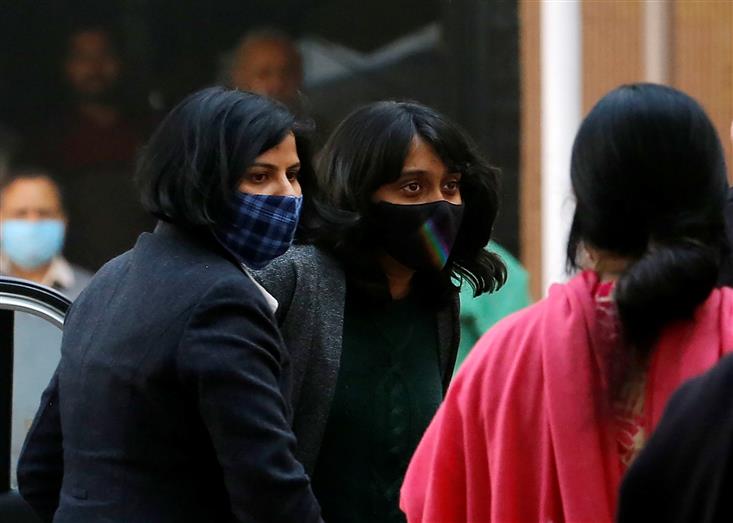 A Delhi court on Monday sent 21-year-old climate activist Disha Ravi, arrested in connection with allegedly being involved in sharing a “toolkit” on social media related to the farmers’ protest, to one day police custody.

Chief Metropolitan Magistrate Pankaj Sharma allowed custodial interrogation of Ravi after police said she was required to be confronted with co-accused.

Ravi was produced before the court on expiry of her three-day judicial custody.

The court on Friday had sent her to judicial custody after police had said her custodial interrogation was not required for the time being.

Ravi was arrested by the Delhi Police on February 13 from Bengaluru. PTI