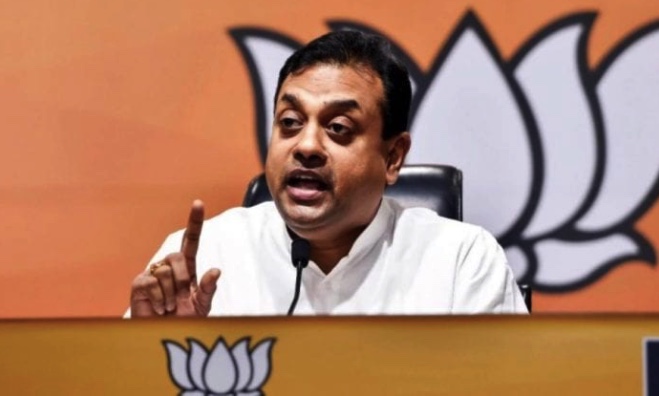 Amid the raging pandemic, the BJP continued its attack against the Congress party on the alleged "toolkit" to target Prime Minister Narendra Modi, presenting "evidence" of its involvement which the Opposition party trashed as "fake".

BJP spokesperson Sambit Patra presented what he termed as "proof/evidence" of the Congress' "direct involvement" with the "toolkit", authored by "Saumya Varma" who he claimed was associated with Congress leader Rajeev Gowda.

"Friends yesterday Congress wanted to know who’s the Author of the toolkit.

Please check the properties of the Paper.

The evidences speak for themselves:

"Let’s be clear We made a research note on Central Vista for the party It’s genuine & fact-based. I tweeted yesterday that “COVID19 toolkit" is FORGED & is a MADE in BJP product. Patra is showing metadata/author of a real document & attributing it to a fake"

BJP Generel Secretary (Organisation) BL Santhosh said: "The more @INCIndia tries to salvage the wreckages the more it sinks . Tax payers money to IIM , IITs are for nation building . But here his entire team’s energies are for Breaking India under Rahul Gandhi"

Attacking the Congress over a wide range of issues including services carried out by its youth wing, the BJP on Tuesday alleged that the Opposition party was trying to tarnish the country’s image through a “toolkit”.

Patra claimed that Congress’ move to extend help to Covid patients was "more of a public relations exercise with the help of friendly journalists and influencers than a soulful endeavour.”

Patra alleged that the Congress had created a "toolkit", wherein it named the coronavirus variant found in India as the “Modi variant” and thereby attempted to defame the PM.

A document circulating on social media—with Congress' symbols and markings on it—was shared and cited by BJP leaders as an alleged call to arms by the party to its supporters.

The document allegedly asked its readers to tarnish the PM's image and “erode his popularity”; suggested using phrases such as “Indian strain” and “Modi strain” for the variants of the Sars-CoV-2 virus and cited briefing foreign journalists over India’s mismanagement of the second wave of the coronavirus disease.

The Congress has called the documents "concocted," and slammed the BJP, calling it “Bikul Jhooth Party”.