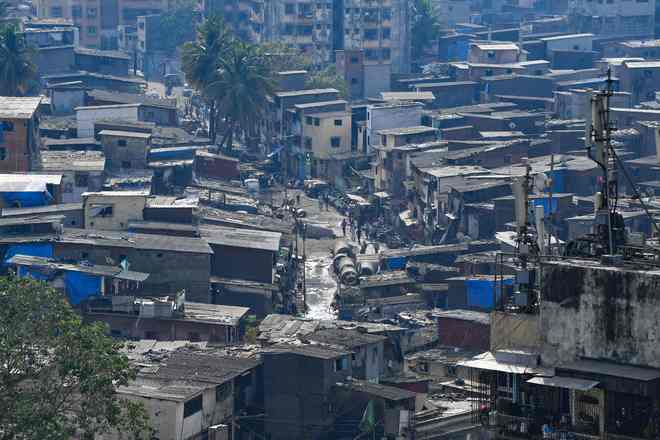 A view of the Dharavi

From a top national hotspot to a Covid containment model, Asia’s biggest slum, Dharavi in Mumbai, has come a long way in two months since it saw the first death on April 1, of a 56-year-old.

Leading active tracking and isolation efforts in the slum that houses over 8 lakh people, the Maharashtra Government and Brihanmumbai Municipal Corporation (BMC) have literally chased the virus despite Dharavi’s dense population that makes social distancing nearly impossible. Of the total population of the slum, around 5 lakh have been screened.

House-to-house surveys and isolation ensured Covid growth here dipped to 4.3 per cent in May 2020 and further to 1.02 per cent in June. The case doubling rate in the slum has improved from 43 days in May to 78 days in June.

The major challenge to the BMC in Dharavi was the dependence of 80 per cent population on community toilets. This segment was screened and isolated in makeshift government facilities.

SCO: India playing role of ‘pharmacy of the world’

Beijing: India is playing the role as the “pharmacy of the world” during the Covid-19 pandemic with its vast experience and deep knowledge in medicine, Shanghai Cooperation Organisation (SCO) secretary general Vladimir Norov has said. India has so far supplied medicines to 133 countries in the fight against Covid-19. PTI