In a tweet in Hindi, Rahul Gandhi also paid tributes to Indira Gandhi, calling her an efficient prime minister. 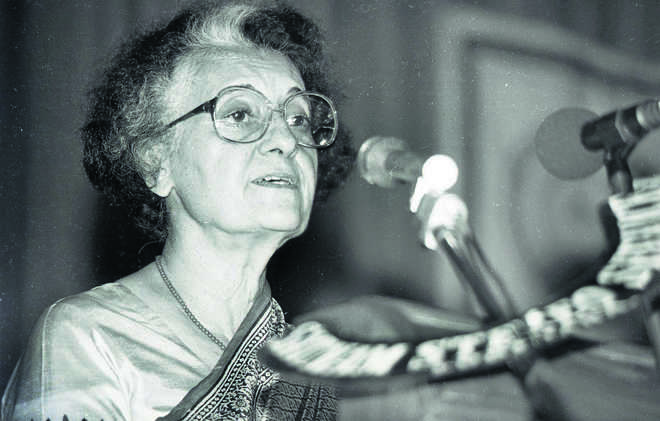 The Congress on Thursday paid rich tributes to former prime minister Indira Gandhi on her birth anniversary with Rahul Gandhi saying the whole country still gives the example of her impressive leadership.

"A trailblazer, a visionary, a true leader and a great daughter of our motherland, Indira Gandhi was much more than a Prime Minister to our citizens; she was the revitalising strength in their quest for greatness & prosperity. Today, we pay a proud tribute to India's Indira," the Congress tweeted from its official Twitter handle.

In a tweet in Hindi, Rahul Gandhi also paid tributes to Indira Gandhi, calling her an efficient prime minister.

"The whole country still gives the example of her impressive leadership, but I always remember her as my beloved grandmother. Her teachings inspire me constantly," the former Congress chief said.

"Known as the Iron lady across the world, the one with determination, courage and amazing ability, the first and only woman Prime Minister of India, Indira Gandhi. My tributes to her on her birth anniversary," he said.

The Indian Youth Congress marked her birth anniversary by distributing blankets to the poor and needy in Delhi.

"Celebrating birth anniversary of Iron Lady Late Indira Gandhi with poor & needy by distributing blankets to save them from biting cold of Delhi," IYC president Srinivas B V tweeted.

In a tweet paying tribute to Indira Gandhi, Mahila Congress said, "We pay our deepest homage to the embodiment of Shakti, Former PM Indira Gandhi." "Her unflinching dedication and determination towards the nation's progress and her indomitable courage to overcome the most difficult circumstances serves as an inspiration to us," the Mahila Congress said. PTI