Tribesmen among 26 unsung heroes on Padma list : The Tribune India 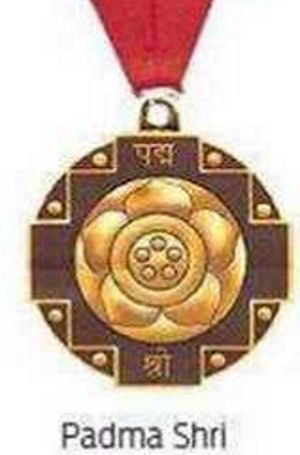 Pioneer of the oral rehydration solution (ORS) Dilip Mahalanabis from West Bengal, a doctor working with the Jarawa tribes of the Andamans and snake catchers from Tamil Nadu are among 26 unsung heroes who have featured in the list of Padma awardees this year.

Dilip Mahalanabis, who pioneered the wide use of the oral rehydration solution, estimated to have saved five crore lives globally, has been selected for the Padma Vibhushan award (posthumous), the highest civilian honour, while 25 Padma Shris this year are leaders who have contributed immensely to their respective fields but have remained obscure all their lives.

These 25 unsung Padma Shris include Ratan Chandra Kar, a retired government doctor from the Andamans working with the Jarawa tribe; Hirabai Lob, a Siddi tribal social worker from Gujarat; Munishwar Chander Dawar, a war veteran from Jabalpur known for treating the underprivileged for over 50 years.

Ghulam Muhammad Zaz, an eighth generation santoor craftsman from a family known for making the finest santoors in Kashmir for the past 200 years; Bhanubhai Chitara (seventh generation Kalamkari artist from the Chunara community, carrying forward the legacy of the 400-year-old traditional craft of Mata ni Pachedi; Gujarat) and Paresh Rathwa (Pithora artist from Chhota Udepur, promoting the ancient cultural heritage; Gujarat) are in the league of Padma Shris too.

Ajay Kumar Mandavi (Gond tribal wood carver from Kanker); Rani Machhaiah (Ummathat folk dancer from Kodagu, promoting and preserving the Kodava culture through dance); KC Runremsangi (Queen of Mizo folk); Risingbor Kurkalang (tribal Duitara instrument maker and musician from East Khasi Hills, Meghalaya); and Mangala Kanti Roy (102-year-old Sarinda player from Jalpaiguri, popular as one of the oldest folk musicians of West Bengal) have also been included in the Padma Shri list. The others among the 25 unsung Padma Shris are Moa Subong (eminent Naga musician and innovator, who developed a new and easy-to-play instrument ‘Bamhum’, a wind musical instrument made from bamboo), Munivenkatappa (Thamate exponent from Chikkaballapur, working tirelessly towards the preservation and promotion of the folk instrument Thamate; Katnataka); Domar Singh Kunvar (Chhattisgarhi natya nacha artist, dedicated his life to keeping the tradition alive since the past five decades) and Parshuram Komaji Khune (Zadipatti Rangbhumi artist from Gadchiroli, having played 800 different roles in more than 5,000 drama shows). — TNS

Santoor craftsman to be felicitated

Ghulam Muhammad Zaz, an eighth generation santoor craftsman from a family known for making the finest santoors in Kashmir for the past 200 years, is in the league of Padma Shris.