In a viral speech, he is heard saying Sikhs, Jats are strongly built but have 'low intellect' 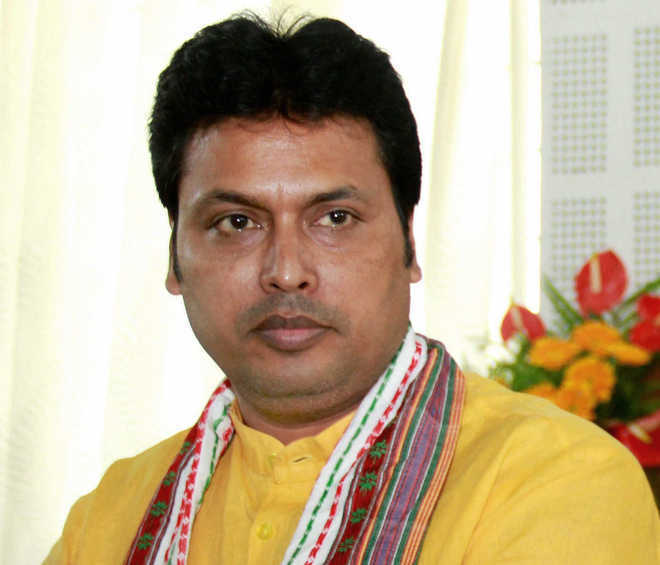 Congress leader Randeep Surjewala on Monday came down heavily on Tripura CM Biplab Deb for his unsavoury remarks against Sikhs and Jats and demanded that the BJP should act against Deb.

“This is shameful and unfortunate. Tripura CM has publicly demeaned the Sikh brothers from Punjab and Jats form Haryana by saying that both of them are low on intellect. This is the result of BJP’s petty mentality. Why are ML Khattar and Dushyant Chautala silent? Where is Mr Narendra Modi and Mr JP Nadda. They should feel sorry and take action,” said Surjewala.

Does PM @narendramodi who talks of Sabka Sath Sabka Vikas,approve of this despicable statement of the Tripura CM?
Are @mlkhattar,@HardeepSPuri, other BJP leaders ok with what Biplab Deb has said?

Is this the official line of BJP @JPNadda ji? pic.twitter.com/4p9zwBgbeS

Deb’s speech went viral on social media today where he is heard saying that the Sikhs and Jats are both strongly built but have “low intellect” and that they can be countered on intelligence if not physical prowess.

Deb then went on to say that Bengalis are known all over for the world for their sharp intellect and no one can win over Bengalis in intelligence.