Supreme Court had earlier issued notice to Twitter over the comments 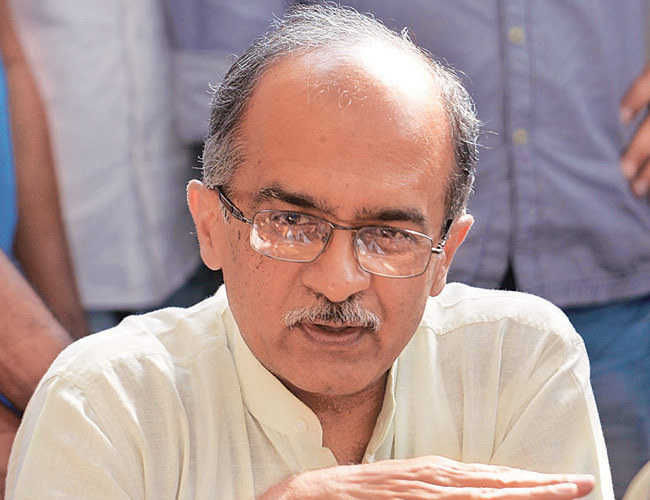 Days after the Supreme Court initiated contempt of court proceedings against activist-lawyer Prashant Bhushan for his tweets allegedly scandalising the judiciary, Twitter has withheld two of his controversial tweets.

"CJI rides a 50 Lakh motorcycle belonging to a BJP leader at Raj Bhavan Nagpur, without a mask or helmet, at a time when he keeps the SC in Lockdown mode denying citizens their fundamental right to access Justice!"

A Bench headed by Justice Arun Mishra had on July 22 concluded that two tweets by Bhushan brought "disrepute to the administration of justice".

"We are, prima facie, of the view that the aforesaid statements on Twitter have brought the administration of justice in disrepute and are capable of undermining the dignity and authority of the Institution of Supreme Court in general and the office of the Chief Justice of India in particular, in the eyes of public at large," the top court had said.

It had also issued notice to Twitter while posting the matter for further hearing on August 5.

On behalf of Twitter India, senior advocate Sajan Poovayya had told the court that the tweets in question could be disabled.

The top court has also decided to resume hearing in another contempt case filed against Bhushan in 2009 and posted it for hearing on August 4.

She is feared drowned while the child has been rescued