Indicative of 'above normal' sea surface temperatures in Indian Ocean 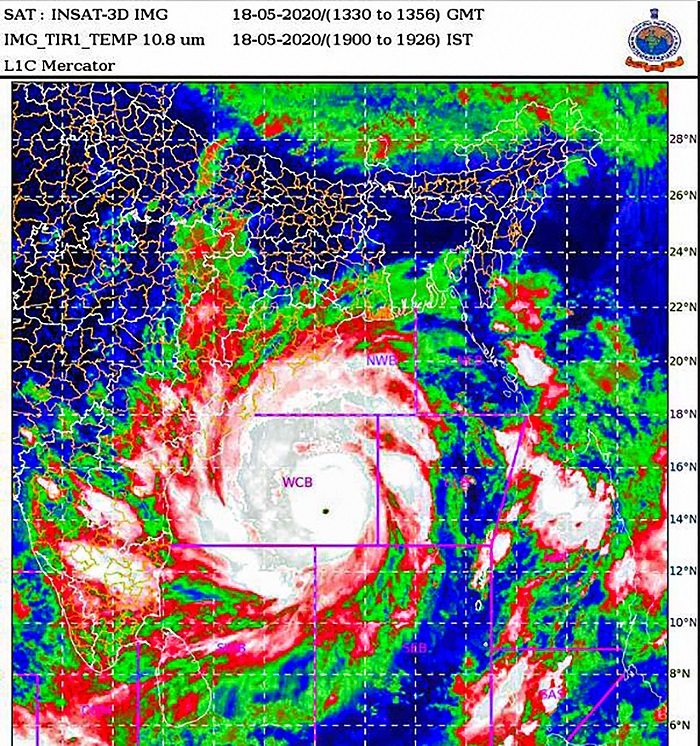 Riding close on the heels of 'super cyclone' Amphan, Nisarga is not only indicative of "above normal" sea surface temperatures in the Indian Ocean but the trend of increased cyclonic activity in the pre-monsoon period.

Climate scientists say they were apprehending events like Amphan "more frequently" on the western coast but “Nisarga happened much sooner”.

Two cyclones within a fortnight, Amphan on the eastern coast and Nisarga on the western coast, point towards a trend of pre-monsoon cyclonic activity in Indian Ocean, they say.

The Bay of Bengal and the Arabian Sea have both been witnessing “above normal” cyclogenesis in the last two years, boosted by "anomalously warm ocean temperatures".

While an increase has been noticed in post-monsoon tropical cyclones in the Arabian Sea, the trend is moving towards pre-monsoon, according to Roxy Mathew Koll from the Indian Institute of Tropical Meteorology.

IPCC reports have warned of increase in Arabian Sea cyclones during the pre- and post-monsoon seasons as a response to the rapid ocean warming trends.

In the case of Amphan as well as Nisarga, anomalously warm ocean temperatures were seen. While temperatures in Bay of Bengal were between 30-33°C prior to Amphan, SST over Arabian Sea were recorded 30-32°C prior to Nisarga, Koll says

Nilofar in 2014 was the first extremely severe cyclone to be recorded in the Arabian Sea in the post-monsoon season.

In the following year, two storms of the same category (Chapala and Megh) came one after the other in the same season.

In 2019, there were Kyarr and Maha. Kyarr was, in fact, the first super cyclone to be recorded in the Arabian Sea in the post-monsoon season.

It is the densely populated coastal cities like Mumbai and Kolkata which will face the brunt due to unplanned urban development and destruction of mangroves that act as buffer.