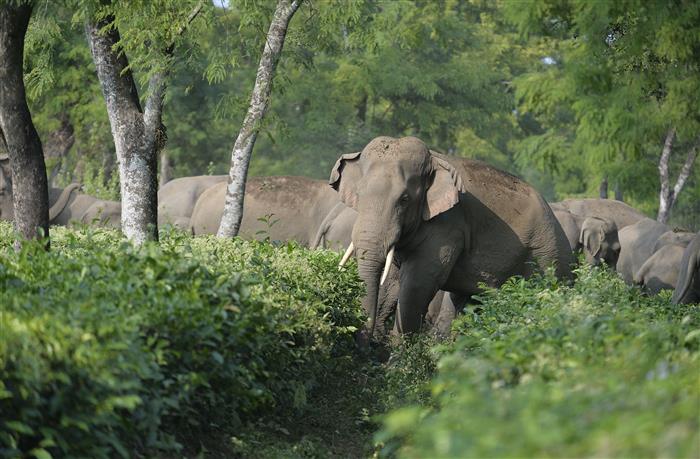 Photo for representational purpose only. AFP

Two wild elephants have been found dead inside a reserve forest area in Odisha’s Keonjhar district, with a preliminary probe suggesting that the animals were killed by poachers, officials said on Monday.

The carcasses of the female and male elephants were recovered by forest officials near Gurubeda area from Baitarani (B) reserve forest on Sunday following inputs from locals, a forest official said.

The tusks of the male elephant were missing and efforts are on to ascertain the actual cause of the death of the jumbos, he said.

The female elephant was around 20-year-old and the carcass seemed to be lying there for more than a week. The tusker, aged around 22 years, was suspected to have died around three days ago.

Preliminary investigation indicated that the animals were killed by poachers as the tusks of the male elephant were missing. However, the exact cause would be ascertained after autopsy and a thorough probe, he said. PTI