Voting is going on in 71 constituencies in Bihar 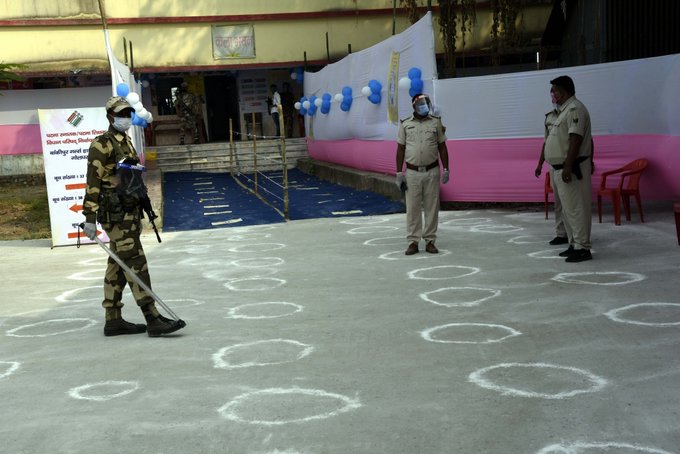 As the first phase of polling got underway on Wednesday in Bihar, two IEDs (cane bombs) were recovered from the Maoist-infested Aurangabad district's Dhibra area, police said. Both were defused and a calamity averted.

The IED placed under a culvert were recovered on time by the police, Dhibra police station in-charge Pramod Kumar said.

Kumar said prima facie it could be the Maoists who may have planned to execute a big incident. A probe is underway.

Earlier on Tuesday, two IEDs placed by the Maoists were also recovered in Imamganj area of Gaya district that were defused later by the Central Reserve Police Force (CRPF). Thereafter, an alert was sounded in all Maoist-affected areas.

Voting is going on in 71 constituencies in Bihar on Wednesday.