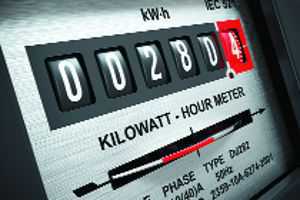 On July 29, the commission noted that the percentage of defective meters was more than the permissible limit (2%) even in urban areas.

The Haryana Electricity Regulatory Commission (HERC) has lambasted the Uttar Haryana Bijli Vitran Nigam (UHBVN) over provisional bills and faulty meters. The commission has also summoned Dr Balkar Singh, Managing Director (MD) of the Dakshin Haryana Bijli Vitran Nigam (DHBVN), over its failure to file a reply in the case. During its last hearing on a suo motu petition on June 2, the commission had observed that 67,590 meters were faulty under the UHBVN. This comprised around 5% of the existing meters. Director (Operations), UHBVN, SK Bansal had then submitted that the count of faulty meters was more in rural areas, particularly in Jhajjar, Panipat, Sonepat and Rohtak districts where the “Mhara Gaon Jagmag Gaon” scheme was yet to be completed.

The commission has directed the MD, Energy Efficiency Services Limited (EESL), to be present at the next hearing in connection with tardy installation of smart meters in the state

On July 29, the commission noted that the percentage of defective meters was more than the permissible limit (2%) even in urban areas. The commission also observed that the UHBVN was taking average 11 days to rectify bills against the mandated seven days.

The Bench comprising Chairman RK Pachnanda and member Naresh Sardana said around 8,000 high trap bill complaints were pending for resolution in Gurgaon in case of the DHBVN. This mandated an explanation as to why the Superintending Engineer, Gurgaon, should not be penalised for the same, it said.

The Director (Operations), UHBVN, claimed an action plan was in place and various agencies were being taken to task. In case of wrong billing of Rs 77 lakh to a Panchkula resident, the commission directed the authorities to inform about “action taken/punishment imposed on the erring official”. The next hearing is on August 12.