In his first major foreign policy speech since taking charge at 10 Downing Street, the British-Indian leader reflects upon his heritage and commits to promoting British values of ‘freedom and openness’ around the world 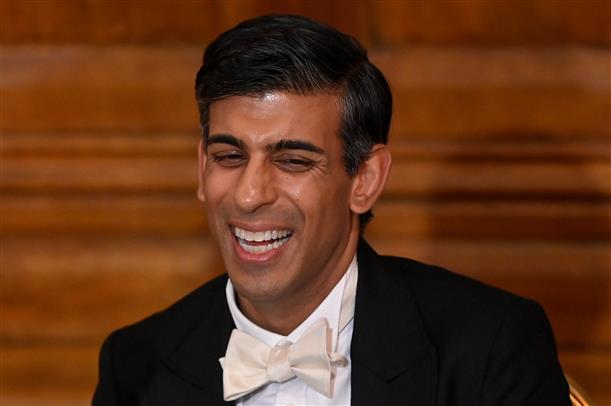 Rishi Sunak at the Lord Mayor of London's Banquet. Reuters

Prime Minister Rishi Sunak has reiterated the UK's commitment to a Free Trade Agreement (FTA) with India as part of his country's wider focus on enhancing ties with the strategic Indo-Pacific region that he says will deliver over half of global growth by 2050.

In his first major foreign policy speech since taking charge at 10 Downing Street last month, the British-Indian leader reflected upon his heritage and committed to promoting British values of "freedom and openness" around the world.

He also pledged to "do things differently" when it came to China, which he said poses a "systemic challenge" to British values and interests.

"Before I came into politics, I invested in businesses around the world. And the opportunity in the Indo-Pacific is compelling," said Sunak while delivering a talk on Monday night at the Lord Mayor of London's Banquet.

"By 2050, the Indo-Pacific will deliver over half of global growth compared with just a quarter from Europe and North America combined. That's why we're joining the Trans-Pacific trade deal, the CPTPP, delivering a new FTA with India and pursuing one with Indonesia," he said.

India and Britain launched negotiations for the free-trade agreement (FTA) in January with an aim to conclude talks by Diwali but the deadline was missed due to a lack of consensus on issues.

The focus of the FTA negotiations is on reducing the barriers to trade, cutting tariffs, and supporting easier imports and exports into each other's markets.

"Like many others, my grandparents came to the UK, via East Africa and the Indian subcontinent and made their lives here. In recent years, we've welcomed thousands of people from Hong Kong, Afghanistan, and Ukraine. We're a country that stands up for our values, that defends democracy by actions not just words," Sunak noted.