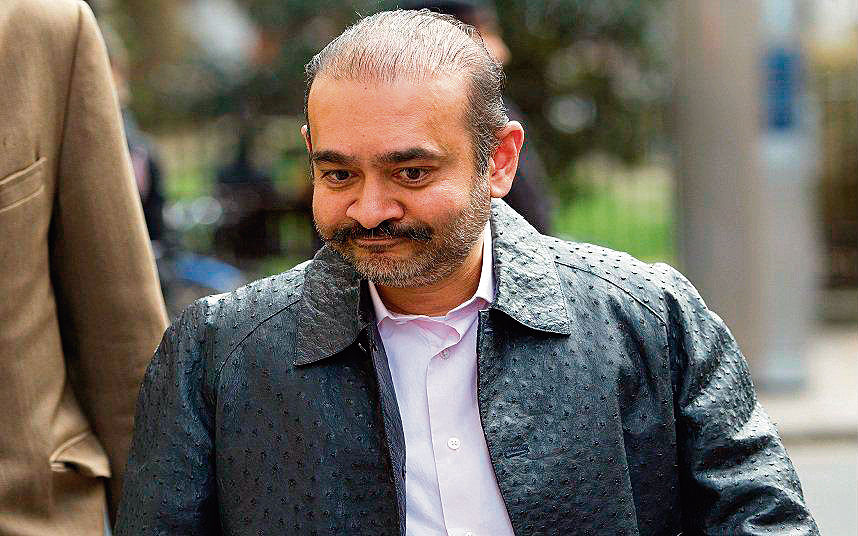 Modi, 50, who remains behind bars at Wandsworth Prison in south-west London, has 14 days to apply for permission to appeal against the Home Secretary’s order in the High Court in London.

Back on February 25, the Westminster Magistrates’ Court had concluded that the diamond merchant has a case to answer before the Indian courts, leaving the sign off on the order with the Cabinet minister.

He had allegedly perpetrated the fraud in the Punjab National Bank in collusion with his uncle Mehul Choksi.

After a two-year long legal battle, District Judge Samuel Goozee had ruled that Modi only has a case to answer in the Indian courts but that there is no evidence to suggest he would not receive a fair trial in India.

He also dismissed the human rights concerns that Modi’s medical needs would not be addressed as per several Indian government assurances.

“I am satisfied that there is evidence upon which NDM [Nirav Deepak Modi] could be convicted in relation [to] the conspiracy to defraud the PNB. A prima facie case is established,” the judge noted.

A prima facie case to have been established on all counts of charges brought by the Central Bureau of Investigation (CBI) and Enforcement Directorate (ED) money laundering, intimidation of witnesses and disappearance of evidence, he had said.

Under the UK Extradition Act 2003, the judge sent his findings to the Secretary of State for Home Affairs. It is the UK Cabinet minister who is authorised to order an extradition under the India-UK Extradition Treaty and has two months within which to make that decision.

The CBI had registered the case on January 31, 2018 against Modi, Choksi and others including then officials of Punjab National Bank on a complaint from the Bank on the allegations that the accused had hatched a criminal conspiracy amongst themselves to defraud the public sector Bank by fraudulently issuing Letters of Undertaking.

Letters of Undertaking are a guarantee that a bank gives to banks abroad where its client approaches for credit.

The figure swelled to Rs 13,000 crore when similar frauds by companies of his uncle Mehul Choksi, an alleged co-conspirator, came to light, officials said.

Investigation showed that the accused officials of the Punjab National Bank, in conspiracy with said owners of the firms and others, had fraudulently issued a large number of LoUs to overseas banks for obtaining Buyer’s credit in favour of said three firms without any sanctioned limit or cash margin and without making entries in the core system of the bank.

It was also alleged that Modi in conspiracy with other accused had siphoned off the funds obtained as buyer’s credit through dummy companies established by him in Dubai and Hong Kong which were shown as exporter of Pearls to three Nirav Modi firms and importer of Pearl studded jewellery from his firms.

Modi had escaped from India on January 1, 2018 before registration of case in CBI. A non bailable arrest warrant was issued by the trial court against him followed by a red corner notice in June 2018 by Interpol.

He was arrested by the UK Police in London in March 2019 and his repeated applications for bail, were rejected by the Westminster Magistrates’ Court and High Court, London.

After second charge sheet was filed, additional evidences were submitted to the Court in London for the total fraud amount of Rs. 6,805 crore (approx.). In addition, second extradition request for the offences of intimidating the witnesses and destruction of evidence was also submitted to the UK government.

India is a designated Part 2 country by virtue of the Extradition Act 2003, which means it is the minister who has the authority to order a requested person’s extradition after considering a number of further issues.

Under the provisions of the act, the Secretary of State had to consider the possible imposition of the death penalty, in which case extradition cannot be ordered; the rule of specialty, which prohibits a person being dealt with in the requesting state for matters other than those referenced in the extradition request; and whether or not the person was in the UK following extradition from another state, in which case that states permission must be obtained before extraditing to a third state.

If these factors do not prevent extradition, the minister had two months within which to sign off on Judge Goozee’s February 25 order. The Home Secretary’s order rarely goes against the court’s conclusions, as she has to consider only these very narrow bars to extradition which did not apply in Nirav’s case.

However, as witnessed in the extradition case of former Kingfisher Airlines chief Vijay Mallya – who remains on bail in the UK while a “confidential” matter, believed to relate to an asylum request, is resolved – there is still some way to go before Nirav can be formally moved from Wandsworth Prison in London to Barrack 12 Arthur Road Jail in Mumbai and face trial in India.

The judge had informed Nirav Modi of his right to seek an appeal in the High Court and has up to 14 days to make that application after the Home Secretary makes her decision known. Any appeal, if granted, will be heard at the Administrative Division of the High Court in London.

Nirav’s legal team did not immediately confirm if he intends to appeal against order and he will remain behind bars at Wandsworth Prison on judicial remand until the next stage in the legal process. PTI