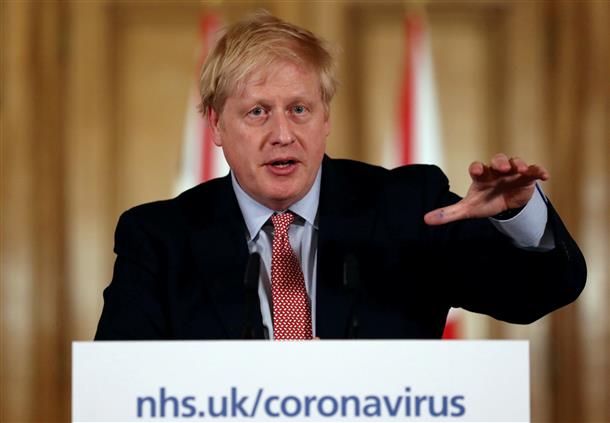 British MPs have raised concerns in the Parliament over China’s “bullying behaviour” in the border dispute with India and the “delayed declaration” of COVID-19 and urged an internal review into the UK’s dependence on China with a view to reducing collaboration with the country.

Conservative Party MP Ian Duncan Smith raised the issue as part of an urgent question in the House of Commons on Monday evening on the “mistreatment” by the Chinese government of the Uyghur minority in Xinjiang province.

“Given the Chinese government’s appalling record on human rights, their attack on freedoms in Hong Kong, their bullying behaviour in border disputes from the South China seas to India, their blatant breaching of the rules-based order governing the free market and their delayed declaration on COVID-19, will the government now initiate an internal review of the UK’s dependence on China, with a view to significantly reducing that dependence,” questioned Smith.

UK Minister for Asia Nigel Adams responded to say that the UK government had been regularly raising its concerns with China over various issues.

“On a full government review, our approach to China remains clear-eyed and is rooted in our values and interests. It has always been the case that when we have concerns, we raise them and that where we need to intervene, we will,” he said.

Opposition Labour Party MP Stephen Kinnock also pressed the minister over the “increasingly belligerent” behaviour of China towards its own people and neighbouring countries.

“Does the Minister recognise that the Chinese Communist Party’s (CCP) actions in Xinjiang reflect a wider pattern of behaviour of increasingly authoritarian policies at home and aggressive expansionism abroad, including in Hong Kong, Ladakh and the South China sea,” he questioned.

Adams responded to say that the UK had been “very active” on these issues and has played a leading role in raising all concerns bilaterally and at the United Nations and also called on the UK companies active in the Xinjiang province to carry out due diligence over the treatment of minorities.

“All British companies involved in the region must consider carrying out proper due diligence to ensure that human rights violations have not been taking place in their supply chains,” he said.

Last week, British Prime Minister Boris Johnson had made his first statement related to the India-China border conflict, describing it as “a very serious and worrying situation”.

“We are encouraging both parties to engage in dialogue on the issues on the border and sort it out between them,” Johnson told the Commons in response to a question related to the conflict in eastern Ladakh. PTI