Ukraine war will have no winners: PM at meet with Chancellor Scholz : The Tribune India

Ukraine war will have no winners: PM at meet with Chancellor Scholz

India, Germany to deepen ties despite differences on Russia 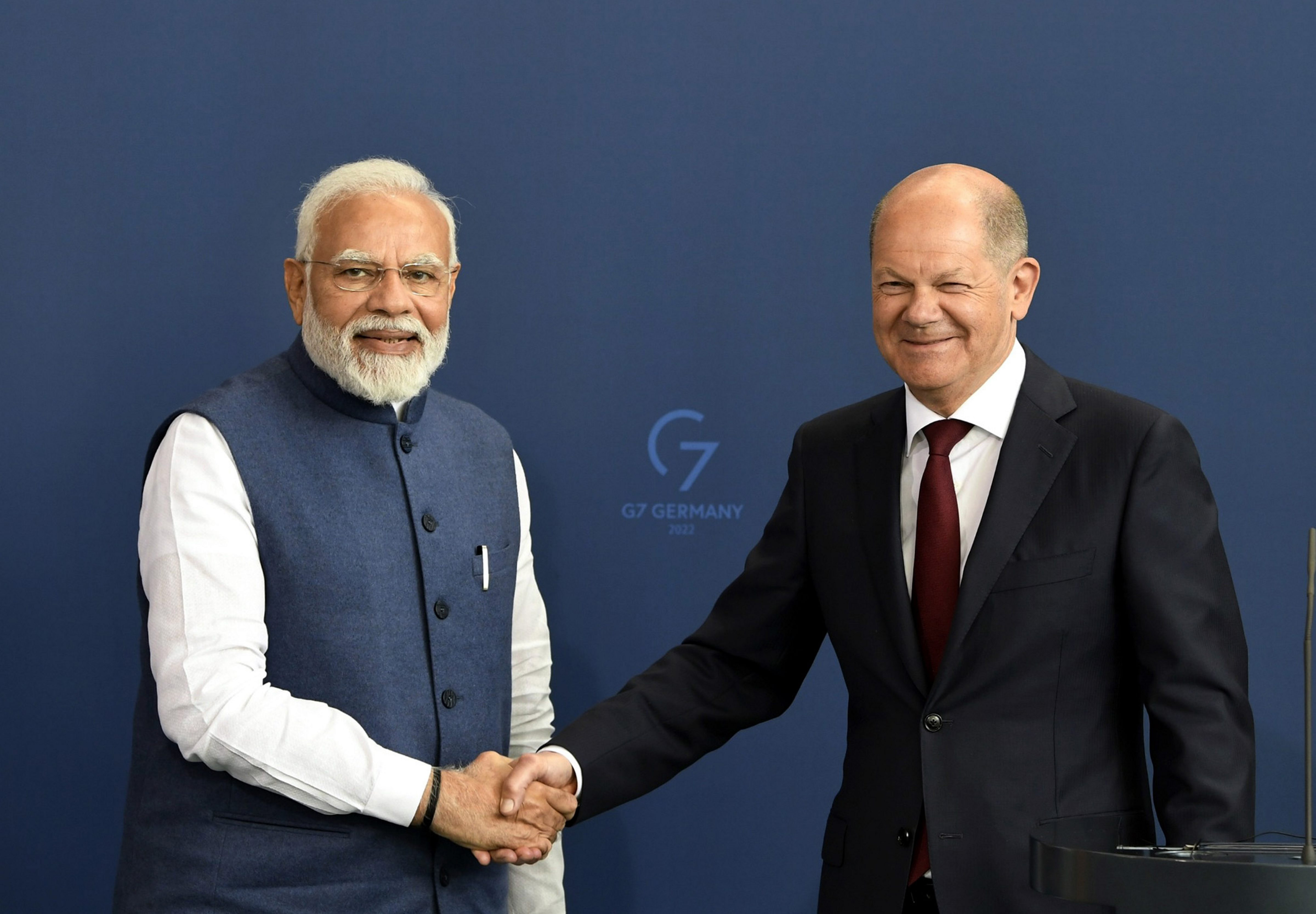 Prime Minister Narendra Modi refrained from criticising Russia during his interaction with German Chancellor Olaf Scholz in Berlin on Monday but cautioned that there would be no winners in this war.

Gets warm welcome from diaspora

Indian diaspora gave a warm welcome both times the PM interacted with them in Berlin. In the morning, a boy sang a song for him and a little girl gifted him a portrait. In the evening, he addressed Indians in an auditorium which reverberated with “2024, Modi once more” slogans.

“Everyone will suffer losses and that is why we are for peace. Recent geo-political events show the fragility of global peace and stability and how interconnected countries are. At the beginning of the crisis, we had immediately called for a ceasefire and emphasised that dialogue was the only way to resolve the conflict,” said PM Modi while delivering a press statement.

Though the entire world has been affected due to skyrocketing oil prices and global shortage of food and fertilisers, poor and developing countries would lose the most, he added.

The German Chancellor was more pointed in his criticism, accusing Russia of violating the fundamental principles of international law by its “brutal attack” on Ukraine. The gulf on the conflict was reflected in the joint statement which mentioned only Germany as strongly condemning Russia. The differences on Russia however did not impact other aspects of bilateral ties. Germany formally invited India to attend the June G-7 summit in the Bavarian Alps, scotching earlier speculation that it might be kept out for not condemning Russia outright.

Germany also resolved to strengthen its financial and technical cooperation with India to enable green and sustainable development with 10 billion euros of new and additional commitments till 2030.

After the biennial Indo-German Inter Governmental Commission that was co-chaired by PM Modi and Scholz and attended by senior ministers from both sides, including NSA Ajit Doval, External Affairs Minister S Jaishankar and Union Finance Minister Nirmala Sitharaman, the two sides signed nine agreements, three of them in virtual mode.

Among them are to work towards agreements to improve migration and mobility, exchange of classified information, development cooperation projects in third countries and setting up a green hydrogen taskforce.

On the economic side, PM Modi said migration and mobility partnership would facilitate the movement of people and Germany would benefit from Indian skilled professionals.