Pak PM's accusations result in US, Germany delaying Karachi statement by day; China manages to avoid mention of WHO 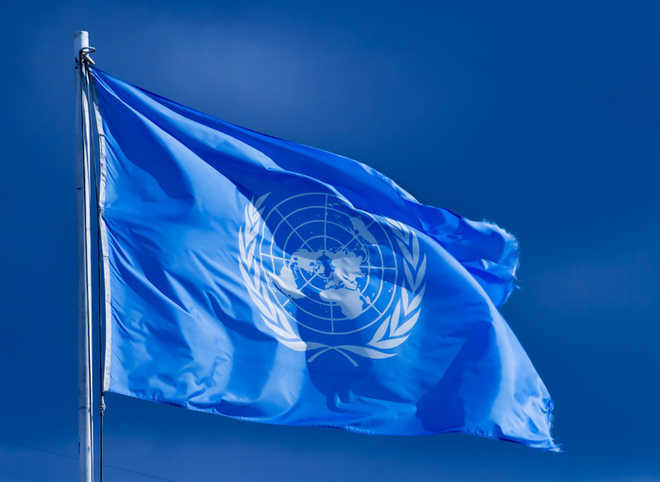 India’s partner countries in the UN Security Council stymied an attempt to mention India in a condolence message about the Karachi stock exchange, but were unable to place China and WHO at the centre of a resolution calling for a ceasefire in some civil wars which will not be applicable to counter-insurgency operations in Kashmir and Central India.

The two developments--a resolution on ceasefire/ WHO and a statement on Karachi--have seen a tug of war between the US and other countries.

Germany’s UN Ambassador Christoph Heusgen, the UNSC president for July, said the UNSC’s ceasefire resolution was “a sign for hope for all people currently living in conflict zones around the world”. It does not apply to military operations against Al-Qaida, ISIS and other UN-proscribed terror outfits such as Lashkar-eTaiba and Jaish-e-Mohamed.

The diplomatic support by the US to India, which essentially amounted to a one-day delay in issuing the statement on Karachi, follows a string of statements from Washington in India’s tensions with China.

Both US President Donald Trump and Secretary of State Mike Pompeo have stated that they see China as the aggressor on the Line of Actual Control (LAC). Pompeo has also backed India’s banning of 59 apps that follows the US blocking Huawei and ZTE from availing of universal social obligation funds. For the first time, the White House and the State Department have pointedly included Sino-Indian border tensions in their checklist of aggressive Beijing behavior at a number of vectors around China’s periphery.

This is the second time partner countries from the West have stood by India. After the Pulwama attack, Pakistan was not directly blamed but there was specific mention of Jaish-e-Mohamed in the UNSC statement condemning the attack. This indirectly indicted Pakistan, which has sheltered the terror group’s top leadership.

The UNSC resolution proposed by China on the Karachi terror attacks was in fact muddied by Islamabad itself when Foreign Minister Shah Mehmood Qureshi followed by Prime Minister Imran Khan pointed accusing fingers across the border. The political nature of the accusations led India’s partners US, followed by Germany, to seek a delay in using the statement to allow things to cool. South Block has interpreted this as a victory.

The resolution on the Karachi attack did not indict any organisation though Pakistan has claimed that Baloch Liberation Army (BLA) is responsible. But it did condemn the attack in the "strongest terms" and as in the case of the Pulwama attack, it "underlined the need to hold perpetrators, organisers, financiers and sponsors of these reprehensible acts of terrorism accountable and bring them to justice".

In line with the accusations made by Pakistan PM and Foreign Minister, Pakistan is also trying to get three Indians who were working in projects in Afghanistan listed as international terrorists. The attempt to list one of them fell flat after no concrete evidence was submitted to the sanctions committee and that of other three could also meet a similar fate. India on the other hand not only got Jaish-e-Mohamed banned but also persuaded the UNSC to list its chief Masood Azhar as an international terrorist.

A more bitter battle to name the WHO in the UNSC’s first resolution on Covid, however, was unsuccessful. Led by the US since early April, its allies in UNSC did not have enough firepower to hold the WHO accountable. Such wording would have indirectly indicted China since Trump was accusing WHO of parroting Beijing’s line. Co-sponsors France and Tunisia along with Russia managed to avoid the word "transparency" or "WHO" as was sought by the US.