Breaks down and blasts the protesters; also starts screaming 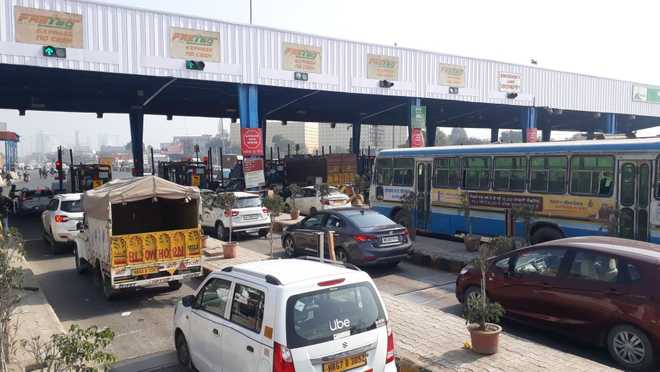 A woman who was going to visit her relatives following a death in the family blasted protesting farmers when she was unable to cross the Dasna toll plaza on Saturday.

Farmers are blocking the toll plazas to register the 100th day of their protest.

The farmers are protesting at the Dasna toll plaza en route to Kundli.

The woman who was going to visit her relatives following the death of a kin faced problems in crossing the toll plaza. Despite requests, when the woman and her husband failed to cross the plaza, she finally broke down and blasted the protesters. She started screaming following which security and other protesters approached her to handle the situation.

She was able to make the journey across the plaza after the commotion.

Farmers who reached the Dasna toll plaza from Ghazipur border to register their protest had promised that the protests would be "totally peaceful".

The farmers have also blocked the Eastern Peripheral Expressway and stopped vehicles. IANS