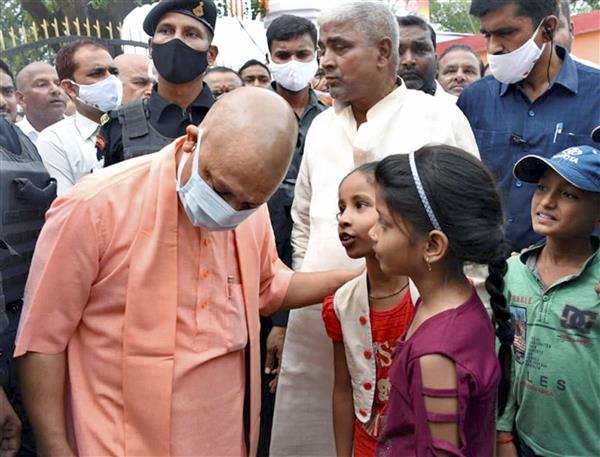 Uttar Pradesh Chief Minister Yogi Adityanath on Sunday effected the much anticipated expansion of his council, including seven new ministers representing “under-represented castes”, to balance the crucial caste balance in the key state ahead of assembly elections next year.

The new ministers include former Congress leader from the Brahmin community, Jitin Prasada, whose entry is expected to help reset perceptions that the BJP government led by Adityanth, who is a Thakur himself, is pro-Thakur.

Prasada, a former Union minister in the Congress government in the Centre, was sworn in the Cabinet rank. However, it remains to be seen whether the move will help satisfy the Brahmins, who are believed to be upset with Adityanath.

Rival parties, including the SP, the BSP and the Congress, are trying to win the upper caste community that makes up around 13 per cent of UP’s voters and influence a sizable chunk in other castes as well.

Meanwhile, the new ministers sworn in the council of CM Yogi Adityanath ahead of key assembly elections next year include members of OBCs and SC/ST community.

The list did not include high-profile former bureaucrat AK Sharma, believed to be close to Prime Minister Narendra Modi.