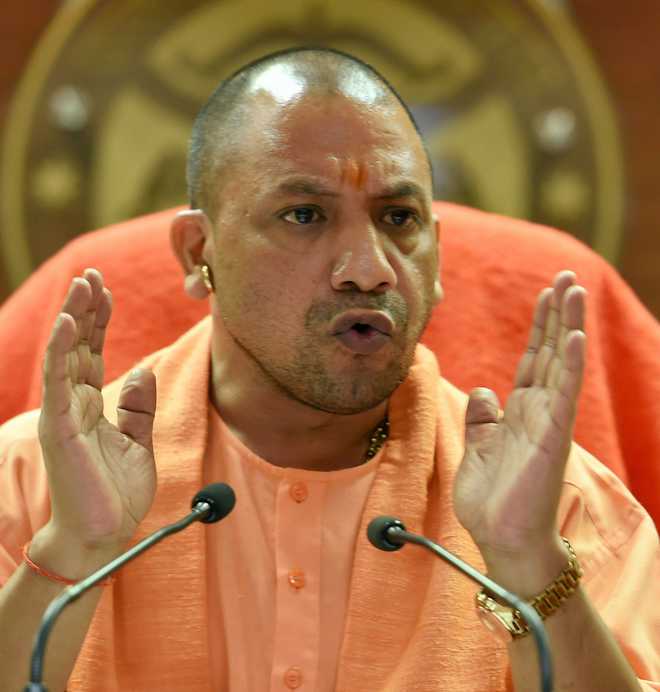 Amid the prevailing pandemic, the Adityanath government is taking forward its cow protection agenda and has issued directives to set up help desks for the protection of cows in every district—a development that comes as Uttar Pradesh records among the highest cases and fatalities in the country.

The state government has also issued instructions that all the cow shelters (gaushalas) must strictly follow the COVID-19 protocols, and has made the usage of masks and frequent thermal screening mandatory.

The cow shelters will also be equipped with all the medical equipment such as oximeters and thermal scanners for cows and other animals as well.

According to the government spokesman, destitute cows, in large numbers, are being provided shelter in the gaushalas. The government is also rapidly increasing the number of the existing cowsheds and cow shelters to deal with stray cattle menace.

According to the official data, there are over 5,268 cow protection centres which have, till now, ensured the well-being of as many as 5,73,417 cattle in the state.

Apart from this, 171 large cow-conservation centres /cow sanctuaries have been constructed in the state, which have provided shelter to as many as 57,639 cows.

The fodder bank model, developed by the state government, is ensuring timely fodder through 3452 Fodder Banks which are feeding lakhs of stray cattle in Uttar Pradesh amid the covid crisis.

Under the Mukhya Mantri Besahara Gau-Vansh Sahbhagita Yojana, the UP government also made a provision of giving financial assistance of Rs 900 per month to every farmer taking care of stray cattle. So far, a total of 85,869 cows have been provided to  44, 651 beneficiaries.

In addition, the well-being of over 1,05,380 cows has been ensured by 533 registered cowsheds and 377 functional cow shelters, whereas, a total of 47, 040 cows have been preserved in about 304 unregistered cowsheds.

In view of the current Covid situation, a total of 700 help desks for the welfare of cows have been set up across the districts of Uttar Pradesh. With this, 51 oximeters and 341 thermal scanners have also been provided to ensure better animal care and testing. — Agencies