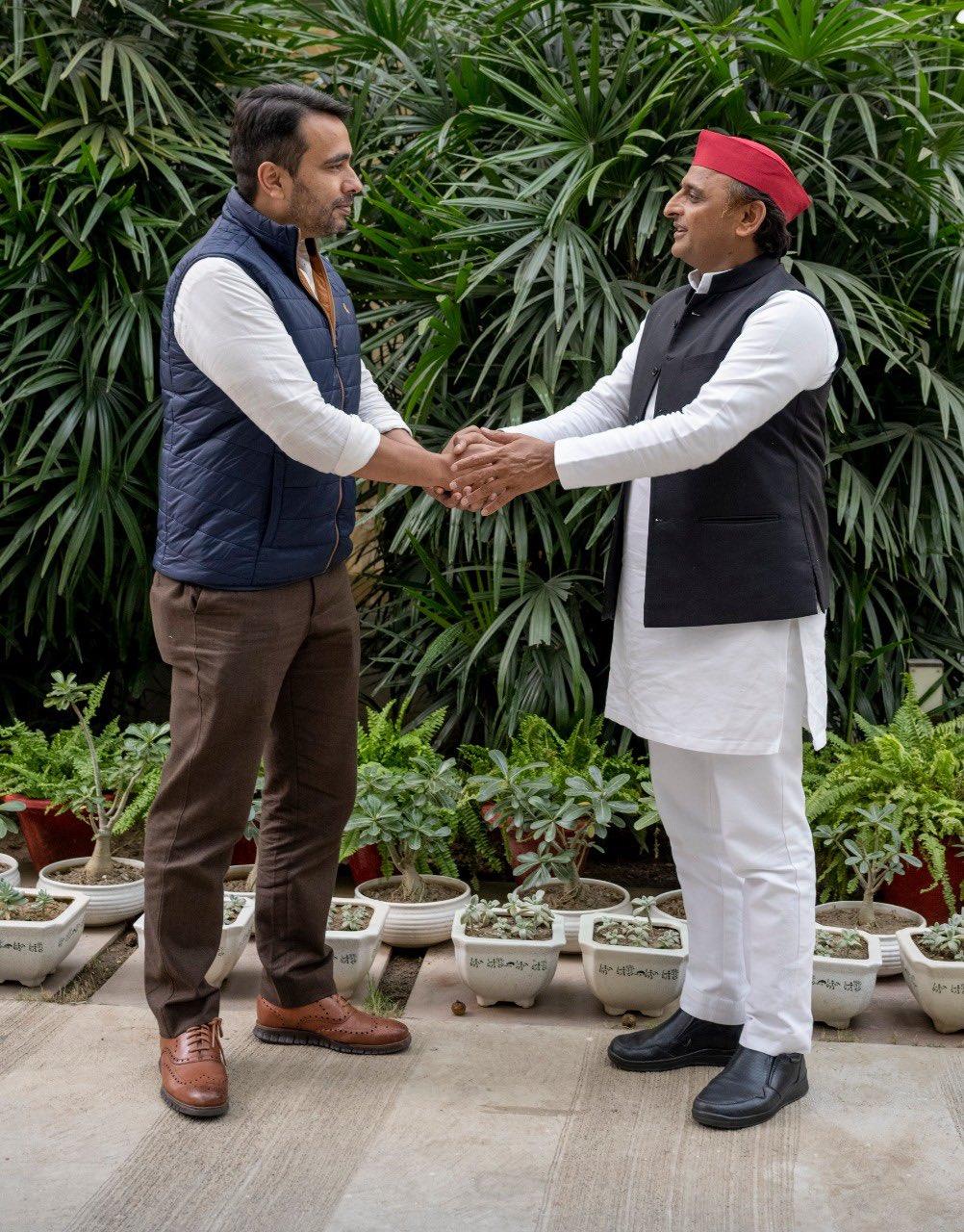 Yadav had earlier said that his party’s alliance with the Rashtriya Lok Dal is final and only sharing of seats is to be discussed.

“Badhte Kadam,” Chowdhury said on his official Twitter handle and also posted a photograph with Yadav.

When asked Rashtriya Lok Dal state president Masood Ahmad said that both the leaders met in the state capital and “there is a discussion on seat sharing”.

About the number of seats the RLD will be getting to fight in the polls early next year, Ahmad said it has not been finalised yet. PTI