UP polls: Sedition charge on Congress candidate Ajay Rai in Varanasi over remarks on Modi, Adityanath : The Tribune India

UP polls: Sedition charge on Congress candidate Ajay Rai in Varanasi over remarks on Modi, Adityanath 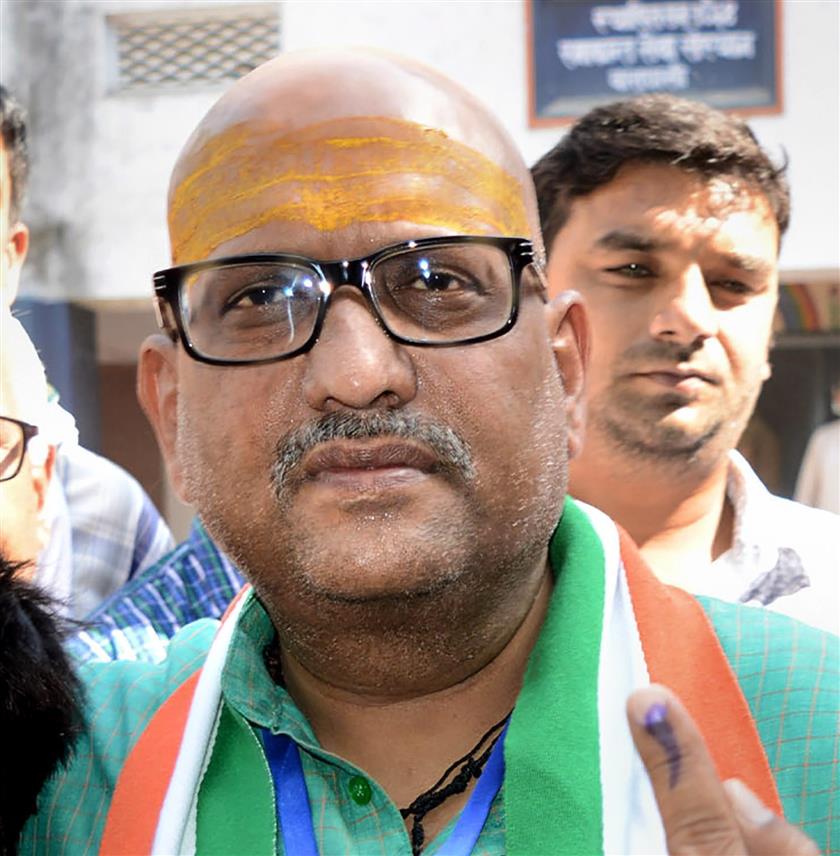 The former MLA is accused of flouting the model code and Covid protocols during an “unauthorised” election campaign at Rajetara village in the Pindra assembly constituency area of Varanasi district on January 31, they said.

The Congress has fielded Rai from the Pindra seat for the assembly elections in the state.

The FIR, seen by PTI, was lodged at the Phoolpur police station on Saturday evening following a report by the local returning officer of the assembly area.

Besides IPC section 124A (sedition), Rai has been booked under Sections 269 (unlawfully or negligently spreading infection of any disease dangerous to life), 153 (wantonly giving provocation with intent to cause riot), 153A (promoting enmity between groups on ground of religion, class etc) and 188 (disobedience to order duly promulgated by public servant), the FIR showed.

“Multiple complaints were received regarding the episode which was also shared live by Ajay Rai on his Facebook page and cognisance of the matter taken. A four-member team was formed and all due procedures followed after which he was found guilty,” Varanasi Deputy Collector and Pindra Returning Officer Rajeev Rai told PTI.

The officer said the Congress leader’s response was sought over the issue but his explanation was found unsatisfactory as his interpretation of the event appeared contradictory to what was seen in the video.

“Rai has been found holding the campaign without permission, in violation of the guidelines for coronavirus and also violating the model code of conduct. During the campaign, he also used objectionable language against the prime minister and the chief minister,” the returning officer said.

Ajay Rai stood third in the assembly polls from Pindra in 2017. BJP’s Avadhesh Singh had won the election.

Pindra, which falls in Modi’s parliamentary constituency of Varanasi, will go to polls on March 7 during the last phase of the assembly elections in the state. Election results will be declared on March 10.