Strays not just harm standing crops but also pose a threat on highways; BJP aware of simmering anger among farmers, people; in his recent speeches, PM Modi has been promising solution to ‘chutta jaanvar’ 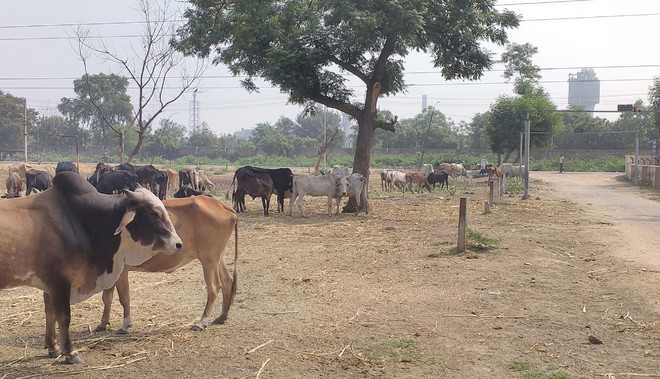 In the past couple of years, Jaimal Singh Banbir village in the Lakhimpur Kheri district has had to spend countless nights standing guard over his crops to protect them from 'chutta jaanvar' (stray cattle).

Vinod Yadav from Lucknow’s Mastemau village has the same problem.

Neither of them is alone.

Throughout the length and breadth of central and eastern parts of Uttar Pradesh, the problem of stray cattle or 'awara pashu' is a major issue.

As the state elections move eastwards, the issue is gaining strength much to the discomfort of the ruling BJP.

A major cause of anger against the Adityanath government and opposition parties is having a field day naming such cattle “sarkari sand”.

Left to fend for themselves, the strays not just harm standing crops but also pose a serious threat on highways with herds appearing suddenly in front of speeding vehicles.

It is not as if the BJP is unaware of the simmering anger among people and farmers.

In his recent speeches, Prime Minister Narendra Modi has been promising an economically viable solution for unproductive cattle, which he says will be rolled out after the “BJP is voted back to power on March 10”.

"I understand your problems and I have found a way. On March 10, once the model code of conduct ends and a new government is formed, we will implement the new schemes under Yogiji’s leadership,” he said.

The plan includes economic gains from “gobar (dung)” of unproductive animals, he said.

Notably, it is not just the opposition, BJP leaders also admit that it would have been better for the party if some solution had been found earlier.

"Earlier, old and non-milk producing cattle would be transported out of UP to places like the north-east, etc. With Adityanath in power, it is now a religious and sensitive issue. The fact is people don't know what to do with them," they said.

Lucknow university professor and SP suppporter Sudhir Panwar said that increasing urbanisation and decreasing land holdings have made it difficult to maintain cattle. With the BJP coming to power the "terminal value of cows has also become zero", he says.

Vinod Yadav, who supplies milk in Lucknow and also has some agricultural land, says with the cost of fodder increasing, it is economically unviable to maintain such animals. "The cost of chara (fodder) is around Rs 19 a kg,” he said.

Though Chief Minister Adityanath has been talking of government-run shelters for strays in his campaigns, people are not convinced. They say animals are not provided adequate fodder, a reason why they are wandering as strays and invading fields.

"The problem intensified since the BJP and Adityanath came to power," a Muslim farmer from Colonelganj, or Karnailganj as it is popularly known, said.

According to the Prime Minister, the new arrangements will make people "run to claim stray cattle and earn from them".

Till that fructifies, the side effects of the cattle slaughter ban by the Adityanath-led government are showing in the state.