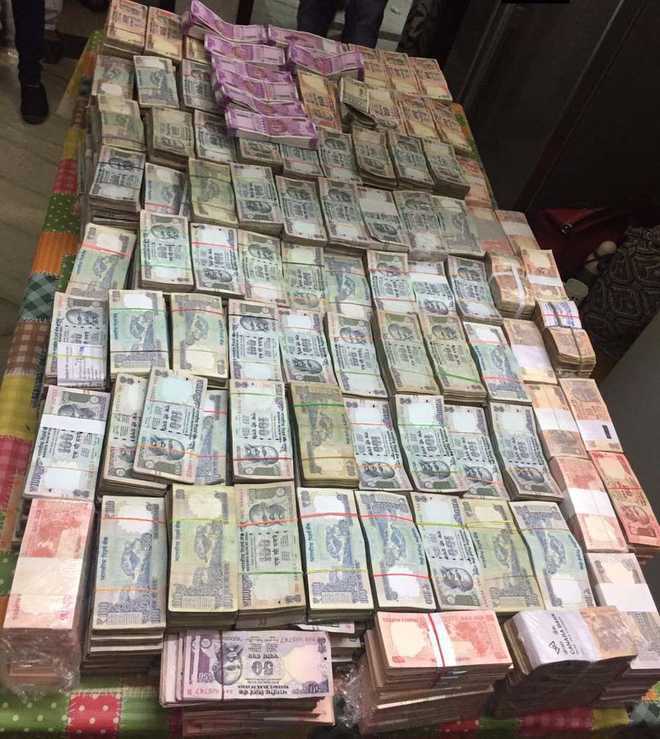 The Noida Police have seized Rs 4.72 lakh in cash from two people who were transporting the "unaccounted money" in an SUV on Wednesday, days ahead of the Assembly polls in Uttar Pradesh.

The incident comes a day after police briefly detained two persons and recovered Rs 99 lakh “unaccounted cash” from them.

According to officials, security has been heightened across Noida and Greater Noida in Gautam Buddh Nagar, which borders Delhi and parts of Haryana, in view of the Assembly polls beginning February 10.

Police have also increased security checks at border points and started a thorough checking of vehicles, the officials said.

"In this sequence, a joint action was taken by the Sector 58 police station and the static surveillance team (SST), which intercepted a Tata Harrier near Sector 61," a police spokesperson said.

"Two people were on board the SUV and when checked, boxes containing washing powder were found in the car. When checked further wads of cash which were laminated were found stuffed inside those boxes," the spokesperson said.

The occupants, identified as Arun Saxena and Sanjeev Kumar Jha, were unable to explain the situation or provide satisfactory response as to whom the cash belonged, the official said.

The cash has been seized and due legal proceedings are being carried out, the police said.